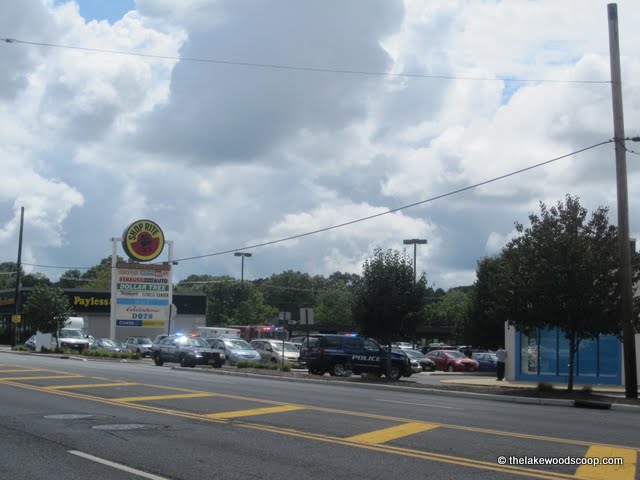 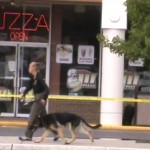 PHOTOS & VIDEO [UPDATED] About an hour after NJ Transit Terminal was evacuated for an unattended bag, multiple stores at the Shoprite Plaza were evacuated. Police evacuated the stores at about 2:00 PM when a small suitcase was left near a trash bin just outside the J2 Pizza Shop.

The area was closed off, and EMS and the Fire Department responded, along with the Sheriff’s K9 Unit.

The Suitcase turned out to be empty.

Officials have asked that TLS note that residents are asked to follow orders from Officials when being evacuated from a scene which could potentially put lives at risk. Officials tell TLS some residents refrained from evacuating the stores while they were shopping, until a Supervisor arrived. TLS-CCP.