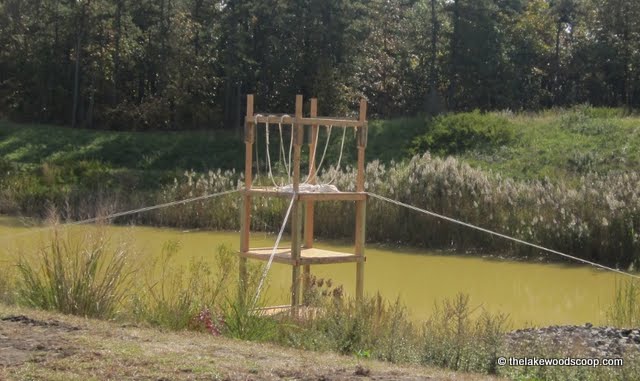 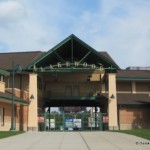 PHOTOS: An event planed for this past Saturday at the Blue Claws Stadium was cancelled by the Township after Township property bordering the Stadium was used without the Township’s knowledge, and inadequate insurance was in place, TLS has learned.

The Mud Run event – which included a race involving multiple built structures and a challenge course through the structures as well as through mud and water – was supposed to be held to partially raise funds for charity, but was cancelled last minute when Township officials were made aware of the event, which was planned without their consent or knowledge.

“I was shocked when I learned about the event”, Committeeman Ray Coles tells TLS.

Coles tells TLS he was called by a third party about the event last Wednesday, and immediately put the event on hold due to no proper permit, and to ensure the participants were properly insured so the Township would not be held responsible for anything that went wrong.

“My concern is for the Township”, Committeeman Coles says. “I feel bad that a lot of money was invested for this, but I have to ensure that everything is restored and that the Township will not be held accountable”, Coles says.

Coles said he spent Wednesday and Thursday in contact with the Township Attorney’s office as well as the Manager’s office looking into the matter.

In the meantime, Coles learned that the DEP – who was contacted by the event coordinators for permission – said they had no idea that the event required digging into prohibited property.

Additionally, Coles says, the event coordinators had already set up meetings with Township Police, Fire Department and EMS, all without the Township’s knowledge.

Coles says the DEP will be coming out to investigate the damage done and may possibly impose fines on the those responsible.

In the meantime, the event was put on hold until the Insurance and DEP issues are settled, and the Township officials meet to decide whether or not to allow the event to continue.

“It’s not something I can say yes or no to on my own”, Coles said.

As a result of this incident, Coles says the Township Manager’s office will be creating a ‘Special Events’ committee to ensure such occurrences don’t repeat themselves. The new committee would require all events to provide proper permits and insurance before an event could commence. TLS.