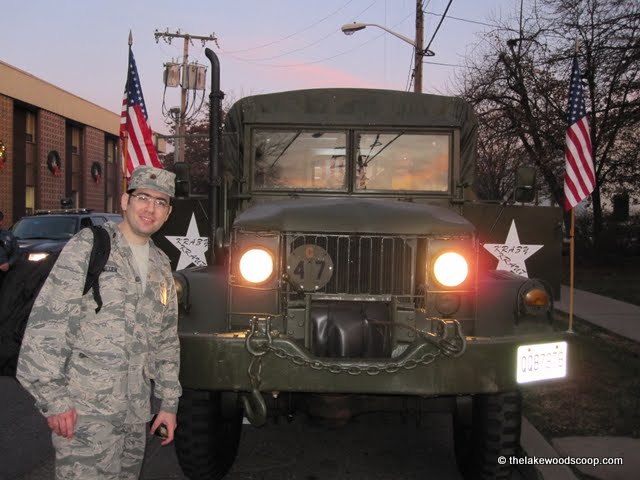 PHOTOS & VIDEO (UPDATED 9:30 PM) The Mayor this afternoon was once again pleasantly surprised as he walked out of Town Hall to head for Qatar for the Holiday season.

As the Mayor walked out of the Municipal Building following a meeting, he was greeted by his family, several dozen officials and close friends who came to bid him farewell.

The Mayor was escorted to the Jackson border via a private, Armored US Military-like vehicle, as well as by Lakewood Police.

The Mayor is expected to return home in time for the Reorganization meeting, early January. TLS.

Photo album 2, by the Lakewood Shopper.