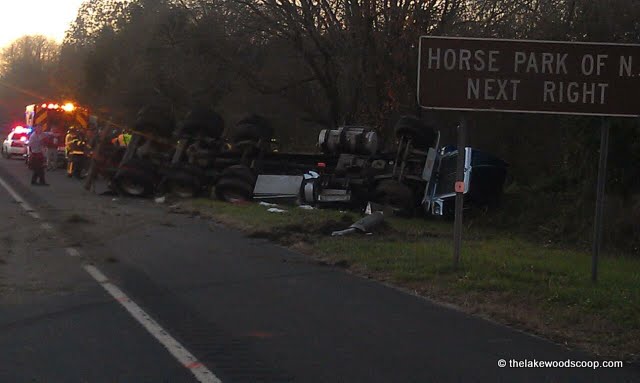 JUST IN: [PHOTO] A driver was killed a short time ago after being crushed underneath his overturned tractor trailer, TLS has learned. An Official tells TLS the driver was ejected from his truck as it overturned following an MVA, and pinned him underneath when the truck landed.

Multiple Paramedics and Emergency Personnel responded to the accident scene, which occurred in the West-bound lanes of the 195.

The driver was pronounced dead at the scene by Paramedics at bout 4:20 PM.

Traffic in the area is backed up for several miles bewteen mile markers 15-11.

The crash was first reported on our News Alerts at about 3:40 PM. TLS.