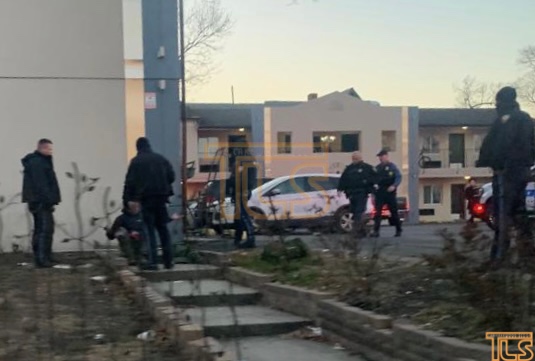 A man was arrested for making a false report which drew a large police response, TLS has learned.

At approximately 5:00 PM on Sunday, police received a call about a large fight at the Carasaljo Inn on Madison Avenue in Lakewood, with a report of one person armed with a gun.

Numerous officers responded to the scene, at which they learned there was no such incident.

Further investigation revealed that a 34-year-old Whiting man was reportedly denied a room at the inn, which led him to call in the false incident.

The man was arrested on scene and charged with creating a false public alarm, police said.

A person is in custody for allegedly calling police with a false report of a person with a gun at the motel on Madison Avenue in Lakewood. pic.twitter.com/ISXqfukpV6