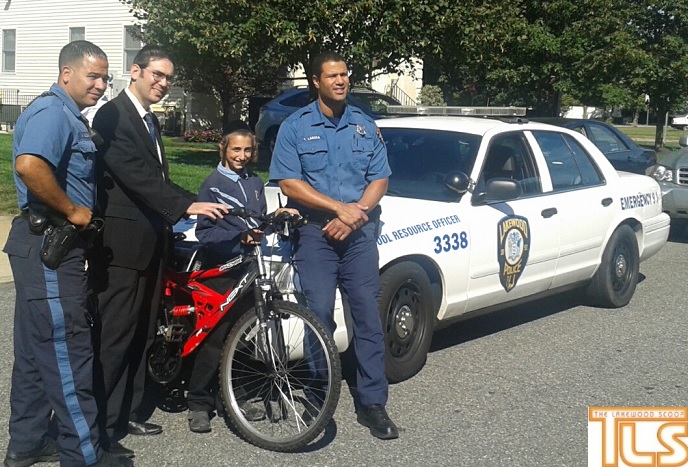 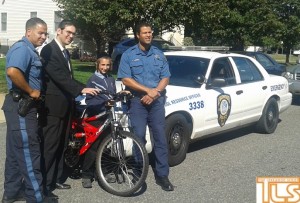 A child’s bike allegedly stolen at the Night out Against Crime last month, was replaced by the Lakewood Police Department.

Initially, after learning of the stolen bike, Mayor Miller gave the father of the child $300 to purchase a new bike for himself.

At the same time, the organizers of the Night out Against Crime, including Captain Greg Meyer and Alex Guzman, also worked on getting a new bike for the child.

After receiving the new bike, donated by the same sponsors who donated the bikes for the Night out Against Crime event, Lakewood Police Officers Alex Guzman and Pete La’Rosa, along with Mayor Miller went down to the boy’s home to personally give him his new bike. (The original $300 was returned to the Mayor).