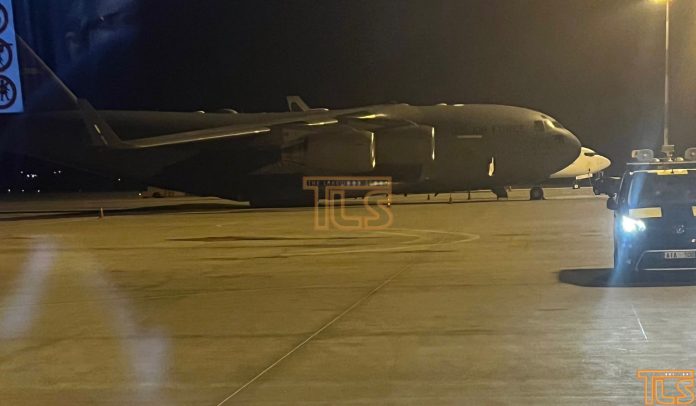 An Emirates plane which was flying to Newark from Israel, via Greece, this morning, was forced to return to Athens International Airport after a security alert, local police said.

According to the Reuters news agency, Greek authorities were tipped off by U.S. authorities about a “suspicious” passenger shortly after takeoff and the plane, escorted by two fighter jets, landed back at the Eleftherios Venizelos airport in Athens for security checks.

A couple from Lakewood was aboard the plane and spoke with TLS about their harrowing experience.

According to the couple, who asked not to be named, Emirates flight EK 209 was diverted back to Greece after neither France nor Italy allowed the plane to land at any of their airports.

“Two hours into the flight the pilot gets onto the PA system and says France is not letting us use there air space and we have to go back, but we weren’t clear about what was happening exactly,” he said.

“We realized something was up shortly after the stewardess said they don’t know anything but preparing plane for landing landing in a hour or so.”

“They said no one was allowed to stand up because of the emergency landing and I only realized something was up when I saw we were flying over the water again.”

“We were then told that anybody that was from Dubai had to remain seated, while everyone else can disembark.

“Everybody then deplaned and went through heavy security and passport control on the runway and all luggage had to go through security as well.

“There were at least 6 security officers in plainclothes looking at their phones with a picture of a specific person.

Emirates put up all passengers in a hotel and the new flight is scheduled to take off Friday at 8pm, creating a logistics nightmare for the two Jewish couples who can’t fly on Shabbos.

“The atmosphere on the plane was “calm but confused,” the passenger told TLS. “All internet sources were blocked as well,” he added.