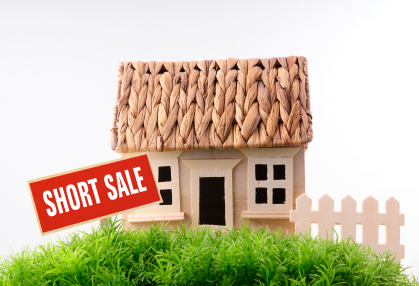 Thinking he’d found a cheap vacation home, Louis Pallante in April bid $300,000 for a fixer-upper in Toms River. And then he waited to hear from the seller. And waited. After finally learning six months later that his offer had been rejected, he upped his bid to $315,000. But before he could close on the property, it went into foreclosure, only adding to his frustration. “I can’t get a number or a name or anything from anyone,” said Pallante, 55, a reinsurance claims manager from Belleville. Like many New Jersey residents hunting for discounted real estate, Pallante is learning firsthand there is nothing short about the short-sale process, in which lenders unload properties for less than they’re owed and borrowers get their debt wiped clean.

That’s because deals must be approved by mortgage holders as well as other creditors, and the sale of the property can be held up for as much as six months as stakeholders haggle over how much money they’re owed, according to real estate lawyers, analysts and agents.

Part of the problem, industry experts say, is that lenders are having trouble keeping up with demand for short sales and foreclosures.

“There is a lot going on all at one time,” said E. Robert Levy, the executive director of the New Jersey Mortgage Bankers Association. “It’s a very, very difficult problem no matter how you deal with it.”

Nationwide, the number of short sales increased by 22.4 percent to 30,766 in the third quarter of 2009, according to the Office of the Comptroller of the Currency and the Office of Thrift Supervision.

About one in 10 residential sales last year was a short sale, according to the National Association of Realtors.

Joe Zinman, chief executive of Aurora Financial Group in Marlton, said he used to deal with just one short sale at a time. Now, he might be handling as many as 15 at any given time.

“It has increased dramatically,” he said. “Understand that three, four years ago you had properties that were appreciating in value, at rather dramatic annual percentages, and you didn’t have a marketplace with this element of depreciation.”

The increase in short sales is leading to more bureaucracy, too.

“Banks aren’t in the business of doing short sales,” said Mark Vitner, a senior economist at Wells Fargo Securities Economics Group. “They’re set up to make loans; they’re not set up to do workouts.”

Buyers, real estate agents and attorneys are playing a guessing game when it comes to figuring out how much a lender wants to unload a troubled property, said Barry Guberman, a Monmouth County real estate attorney.

“The biggest reason why short sales don’t get approved is that the (bank) negotiator will say that the price is below market value,” Guberman said. “They will almost never tell you what figure they’re looking for.”

There are no guarantees a sale will go through once the process has begun, said Sal Poliandro, a Saddle River-based real estate agent who specializes in short sales. Mortgage holders can foreclose before a short sale is completed, he said.

“The short-sale process and the foreclosure process are two trains running on parallel tracks,” he said. “The fact that you’re trying to do a short sale doesn’t stop foreclosure.”

Larger lenders sometimes make closing a short sale more problematic than community banks, he said. Community bankers have been able to close deals relatively quickly, while others are held up as lenders try to figure out who actually holds the mortgage because some loans involve multiple investors, he said.

Still, some of the country’s biggest banks are trying to speed up the process because the longer troubled borrowers remain in them without making mortgage and tax payments, the more money they lose.

Bank of America, like other lenders, has spent millions of dollars to upgrade computer systems and hire thousands of extra workers for its dozen call centers. The bank services about 14 million loans, the most in the nation, including the troubled portfolio of Countrywide Financial, which it bought in 2008.

And, the federal government has taken notice.

The U.S. Treasury passed sweeping rules in late November to help expedite short sales. But mortgage companies don’t have to launch the program until April, which is no relief for homebuyers, sellers and real estate agents mired in deals now. The program is also voluntary for lenders who hold second mortgages, such as home equity loans or piggy-back loans. In the meantime, Pallante said he’s only recently given up hope on his vacation getaway.

He said he asked his real estate attorney to get back his $2,000 deposit on the property last week.

“How bad can these banks be when they have a piece of property here that someone is willing to buy?” he said of Colorado-based Aurora Loan Services, a former Lehman Brothers subsidiary he is trying to negotiate with. Star Ledger.