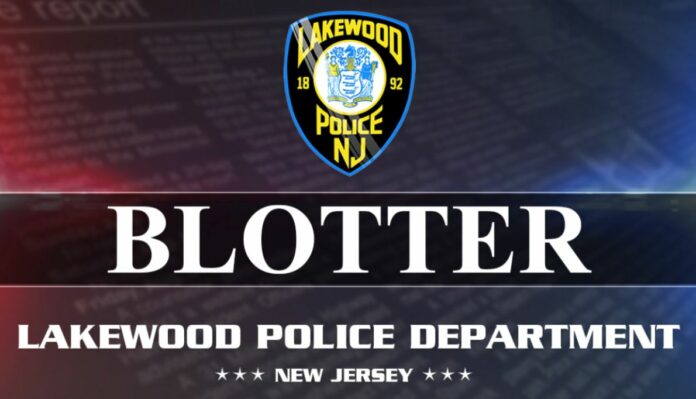 Wednesday August 21, 2022 at 6am, Officer A. Prisco responded to the New Jersey Transit Bus Station for a report of a pedestrian struck by a bus. Officer Prisco spoke with Kimberly Bryant 22 years old from Freehold, NJ. She allegedly identified herself as the victim and was struck by a NJT Bus exiting the parking lot. Further investigation of the video surveillance camera showed the bus never made any contact with the alleged victim. Kimberly Bryant was charged with false reports to Law Enforcement Authorities.

Monday August 22, 2022 at 1200 am, Officer Bryan Rodriguez was dispatched to the area of New Hampshire and Swarthmore Avenue as a back up to assist Sgt. Marzocca’s traffic stop. The initial call was made to dispatch about a vehicle driving on the wrong side of the road.  Juan Hernandez-Juarez 27 years old from Brick, NJ was arrested, charged and summonses issued with the following:

Sunday August 21, 2022 at 430pm, Officer J. Burkhardt responded to the area of East County Line Rd
for a report of a male intruder into the caller’s home and was allegedly attacking the children. Officers arrived on scene and Frederick Russel 39 years old from Lakewood, NJ was the alleged suspect. Russel was at the residence upon officers arrival. Further investigation revealed entry of the home was made without authorization (no harm to the children). Russel was arrested and charged with the following:

Officers A. Bylsma, D. McAvoy, A. Rihacek, and C. Woods assisted in the investigation.

Thursday August 18th, 2022, at 400pm, Officers K. Seehausen and A. Amoroso were dispatched to the area of Hurley Avenue at the SinGin gas station for a report of a Hispanic male carrying a weapon. Witness at SinGin gas station observed Ramirez-Zarate 29 years old from Lakewood, NJ with a weapon and went behind the gas station. Officers located the alleged suspect with the weapon and dispatched confirmed he had an active warrant. He was placed under arrest and charged with the following: