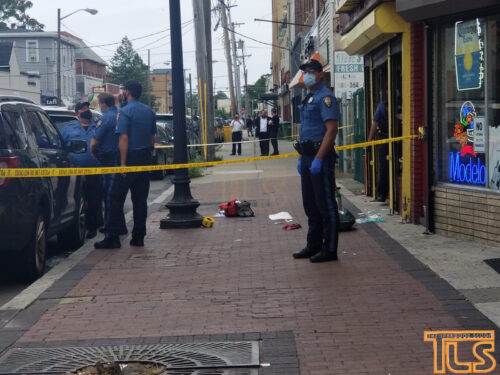 The man who stabbed another man in downtown Lakewood in 2020 has pled guilty to aggravated manslaughter, prosecutors say.

Ocean County Prosecutor Bradley D. Billhimer announced that on June 9, 2022, Jorge Santiago-Garcia, 33, of Lakewood, pled guilty before the Honorable Rochelle Gizinski, J.S.C., to Aggravated Manslaughter in connection with the stabbing death of Rodrigo Jimenez-Paz in Lakewood Township on August 31, 2020.  At the time of his sentencing on August 5, 2022, the State will be recommending a term of thirty years New Jersey State Prison, which will be subject to the terms of the No Early Release Act, N.J.S.A. 2C:43-7.2.

On August 31, 2020, Officers from the Lakewood Township Police Department were summoned to a business on 2nd Street in Lakewood in response to multiple 911 calls indicating that an individual had been stabbed at that location.  Responding Officers found Rodrigo Jimenez-Paz, 29, of Lakewood, with a stab wound to his chest.  Medical units transported Mr. Jimenez-Paz to Jersey Shore University Medical Center; lifesaving efforts were unsuccessful, and he was subsequently pronounced deceased.  An investigation by the Ocean County Prosecutor’s Office Major Crime Unit, Ocean County Prosecutor’s Office High Tech Crime Unit, and Lakewood Police Department, identified Jorge Santiago-Garcia as the individual who stabbed Mr. Jimenez-Paz.

Santiago-Garcia was taken into custody at the scene, and has been lodged in the Ocean County Jail since his arrest.