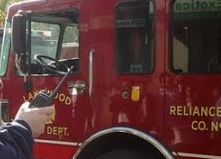 In an effort to enhance the safety for Lakewood’s firefighters and to keep to the FCC standards, the department will be upgrading their communications systems, Fire Commissioner Larry Loigman tells TLS.

In a meeting last week, the fire commissioners discussed the start of upgrading their communications. Currently, most of the radios now in use are 15 years old, says Loigman, and do not meet current FCC standards, Additionally, they are unreliable and no longer supported for repairs.

“As a result, we are beginning the process of replacing the mobile (vehicle) and portable radios used by the fire department,” says Loigman. “The new radios will offer greater reliability, and will also offer interoperability with the new radio system which the police department is installing. In addition, we will have the capability of working with the new system announced earlier this month by the sheriff’s department for use by county and local agencies.”

Loigman says the project will be costly, but worth it.

“While the cost will be significant – at least $300,000, but possibly more, depending on price quotes for various options – we will have a communications system that will provide greater safety for our firefighters, and last well into the next decade.”