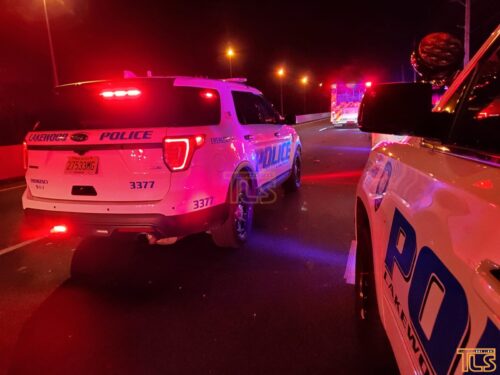 A student was hospitalized this evening after being struck by a vehicle which allegedly passed a school bus with flashing lights, according to witnesses.

Shortly before 10:00 p.m., the 14-year-old Bachur was getting off his school bus on Forest Avenue when he was struck by a vehicle.

Sources say the driver reportedly asked the victim if he was okay before leaving the scene.

Hatzolah responded and treated the boy on scene before transporting him to Jersey Shore University Medical Center. He’s said to be in stable condition.

Anyone with information about the driver should call the Lakewood Police Department.