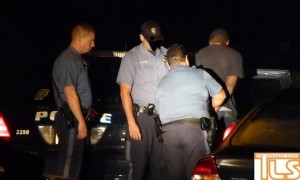 The 38 year old Lakewood woman stated while walking in the area of 5th Street between Clifton and Lexington Avenues, she was approached by two black males who demanded her money.

It was then that the suspects were spotted, and followed until police boxed them in and arrested them. Police were unable to locate the woman victim following the arrests.

As a result of the woman coming forward, the four high school students received additional charges of Robbery. 18 year old Devin Delanie had an additional $100,000 bail placed on him, and the juveniles remain in the Ocean County Detention Center.