Kids Of Courage: Beyond Miracles 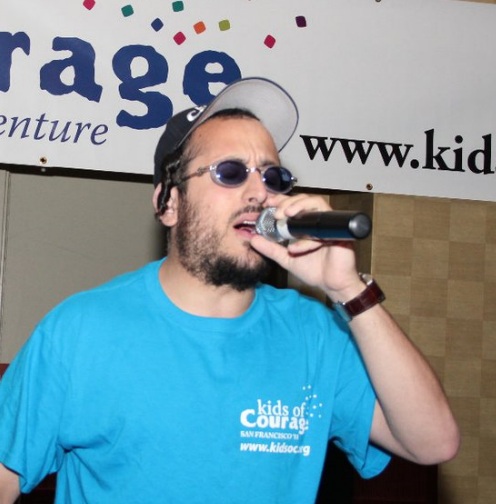 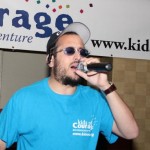 PHOTOS: By Rabbi Yitzchok Adlerstein, Kids of Courage (KOC), the chesed organization that provides year-round programming for children, teens and young adults with serious and chronic medical challenges, accepted its most daunting challenge with its San Francisco trip in late August. No one was disappointed. It was smiles all around for the participants, the medical staff, the counselors, the visitors who joined for Shabbos, the government and media people who interacted with the program, and most of all, Abaye. Abaye? Read on.

For participants, eight days of theme parks, sporting events, Alcatraz, and Shabbos with Lipa allowed them to do what they craved most: to ignore their serious physical limitations, and do what other kids do. The trip took months of careful planning and coordination. Many kids could not even travel on a plane, let alone access the places they visited, without complex support. More individual dosages of medicine were administered each day of the trip than in an entire children’s hospital. To take 150 kids from the around the US, England, and Israel, a total of close to 500 people had to move as one coordinated entourage.

The medical staff and counselors (all volunteers; KOC has no salaried staff besides a part-time office person) beamed, because they saw children who live with pain, physical limitations and disfigurement and uncertain futures emerge from self-absorption and discover the beauty and fullness of their inner selves. The counselors (taken from a waiting list of about a thousand applicants) work tirelessly to manage the critical care of their charges, giving parents and siblings a rare opportunity to tend to their own lives and families. They know that KOC is not just about bringing some cheer to some of the most disadvantaged children in our community. It is about reclaiming neshamos – allowing these kids to feel good about themselves, bond with others, and jump-starting the process of having them use their minds, talents and spirits as effective Yidden. The programs are costly – although participants pay nothing; all the monies are raised by the co-founders and dedicated volunteers of the organization. Yet compared to what the community would pay for therapy and support for these children, KOC is a bargain.

The trip brought non-stop kiddush Hashem. It was splashed by major media from beginning to end. There was extensive coverage by Foxnews, USA Today, and east- and west-coast affiliate stations of the major networks, as well as local stations from cities of origin of some participants. When the largest planeload touched down at San Francisco airport, it was met on the tarmac by a water cannon salute and a reviewing stand (usually reserved for the President) of dignitaries. Local police and fire personnel off-loaded the children and their medical apparatus. Fire department veterans were observed wiping away tears as they carefully carried kids from the aircraft. A manager of the Westin hotel that served as the home base (Westin and Continental Airlines were among the national corporate sponsors) wrote two weeks after the event, “I have thought about you so many times since your group left the hotel. You, and your group, touched me in ways that I am unable to describe! I keep thinking of the group, and have told many friends and family members about you, the group, and how inspiring the whole experience was.” When KOC sent its friends at the Westin a video of the trip, the staff and workers responded by producing their own thank-you video! A Jewish tourist from Northern California happened upon the group at an amusement park, and wrote in to marvel that mobility-challenged kids would have an opportunity to take part at such a venue. He especially admired the patience of the counselors, who remained unfazed by their initial failure to navigate a child through the experience. He watched as they would not give up, but patiently kept trying, until they found a solution that worked, not concerned in the slightest about having a good time themselves.

A small group of visitors joined for Shabbos, and sometimes longer. A chassidishe couple had dealt for a half a year with a serious diagnosis. Friends recommended that they join the group as an appropriate vacation destination. They were reserved and private about their ordeal, and had chosen not to share it with people. After observing the kids for a few days, the woman had an epiphany. She started telling others that she realized how much HaKadosh Baruch Hu had given her that should make her feel good about herself. A Satmar visitor from Williamsburg came because a young relative of his was there, having battled a tumor for six years. He had not seen her smile in all that time. By Shabbos, she was smiling and laughing. A kiddush that put all others to shame was airlifted by Reb Avrohom Banda, the owner of Pomegranate, who joined the program, with guests, for the second year in a row, and put his personal touch on the preparation of some scrumptious menu items.

Abaye couldn’t make it, but had he been there, he too would have smiled. In Pesachim 62B, Abaye argues that on erev Pesach, the gates of the Beis Hamikdosh would miraculously close on their own, dividing the crowd into appropriately sized subgroups for the shechita of the korban Pesach. He claims – unlike Rava – that samchinan anisa, that we rely on miracles. The meforshim explain that although in fact we generally do not rely on miracles to occur, Abaye holds that the Beis Hamikdosh is different, because miracles there are routine happenings. (A non-observant Israeli leader – some say it was Ben-Gurion – once told a journalist that for Jews, expecting miracles makes you a realist.) At KOC, miracles happened:

Successfully ministering to so many kids with so many different (and in some cases exceedingly rare) diagnoses, with so many possibilities of life-threatening equipment failure, took incredible siyata de-Shmaya.

The coordination of a small army of volunteers was an ongoing miracle. Ordinarily, we think, le-da’avoneinu, that Yidden only fully get together reacting to threat and crisis. KOC showed this not to be true. Yidden can drop their differences to get together in doing a mitzvah that takes a rabbim to perform. The young men and women who volunteered came from litvish, chassidish, Sephardic and Persian backgrounds. They hailed from the Mir, Waterbury, YU, BJJ, Manchester, Darchei Binah and Stern College. There is no question that responsibility for the tzibbur has to be taught, mentored, and guided. Very few of our young people have opportunities to receive this chinuch. KOC is doing nothing less than training a future generation of manhigim of the tzibbur.

People who B”H have been spared the affliction of the KOC children would call it miraculous that those who have suffered as much as some of the participants should be able to sing, dance (in their wheelchairs!) and accept the gezar din against them. They would be understating the miracle. In one of the most poignant moments in KOC’s history, a group of participants late leyl Shabbos related their personal stories. They went far beyond “accepting” the gezar din. One young man, wheelchair bound, made a siyum of mishnayos of shas. It took him only six months. He shared his aspirations for the future. “I want to become a therapist, helping others like me. I don’t mean to help them function. Others can do that. I want to help them function each day with simcha!”

Another young man told how a few years before, at age sixteen, he had been following his passion for photography and fell out of a tree. He is now a paraplegic. Although not fully observant (yet), he spoke about what he had learned from his experience, and from KOC. “I would not trade places with anyone. I know how fortunate I am. Because of my restrictions, I am so much more aware of the gifts that G-d gave me. I would never have appreciated them as much if I had remained “normal.” Now, I truly appreciate all the other blessings G-d gives me.”

There was not a dry eye in the audience. That was not a miracle.

For photos and more information, go to www.kidsoc.org