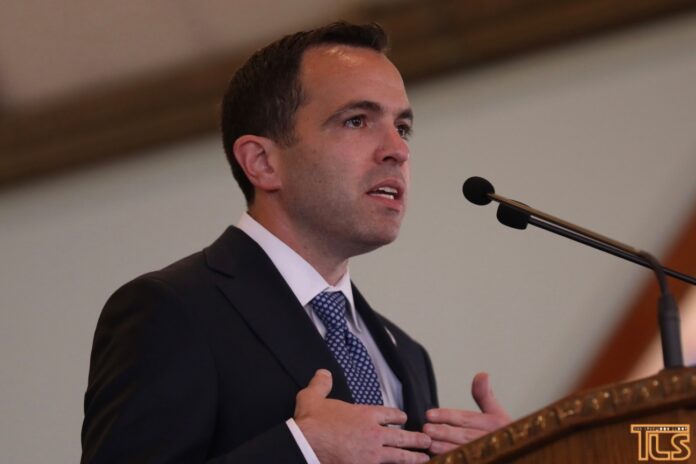 The New Jersey state Senate voted this afternoon to confirm Matt Platkin to be Attorney General.

The vote was 24-10, with all most Democrats and three Republicans, including Republican Senator Bob Singer (R-Lakewood), voting in favor. Two Democrat Senators were present but did not vote.

Platkin had been serving in an acting capacity since Governor Murphy nominated him in February.

Platkin, who has previously served as Governor Murphy’s chief counsel, previously earned the praise of Singer, who noted that Platkin has long been an ally of Lakewood and Jewish people across the state.

“Our Jewish community in Lakewood and surrounding towns has been targeted with hate crimes, stabbings, and vile anti-Semitic social media posts in recent years,” Singer said in a statement.

“Whenever those issues arose, Matt Platkin was a partner in helping us to protect the rights of our community and fight for justice. He did that as chief counsel to the governor, and I have no doubt he’ll continue to do it once he’s confirmed as Attorney General.”

In a statement after the vote, Platkin described the confirmation as “the honor of a lifetime.”

“It is the honor of a lifetime to earn the bipartisan support of the members of the New Jersey Senate and be confirmed as the State’s 62nd Attorney General.

Since my nomination, I have worked closely with the incredible public servants in the Department of Law and Public Safety, the dedicated women and men in law enforcement, and our community stakeholders to advance the cause of justice and protect New Jerseyans,” Platkin added.

The position of New Jersey Attorney General is unique in New Jersey being that the state’s attorneys general are appointed, not elected.

As part of his job, the New Jersey Attorney General oversees the New Jersey State Police and has direct supervisory power over all 21 county prosecutors, which includes every single police department in the state.