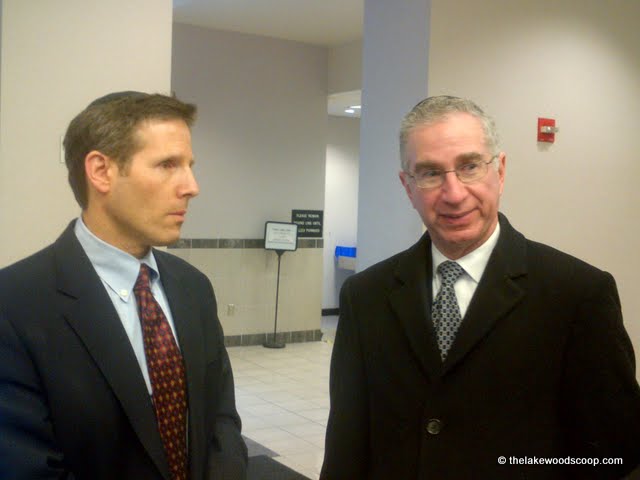 PHOTOS: The Middlesex Judge ruling in the case of the 110 year old Historic Perth Amboy Shul decided to abstain due to the fine line of separation of Church and State, the Shul Committee and Attorney Larry Loigman, say. “After two hours of argument before Judge Ciuffani, he decided that he could not compel the defendants to appear before the Beis Din, because it would involve the court in a religious matter and possibly violate the First Amendment”, Loigman said.

Loigman, also joined by Co-counsel Mr. Ira Heller added, the “Defendants’ Attorney stated that his client(s) were willing to “take the risk” of whatever sanctions the Beis Din would impose for their non-appearance”.

The judge asked for additional briefs on the subject of the notice of lis pendens, Loigman says, and they would have to appear before him again on December 22 to complete the argument on that issue.

The Committee – involving Lakewood Askonim – looking to save the Shul, continue to work on all options.

“While the legal aspect of this case continues to play itself out, we are working on many fronts to prevent this great Chillul Hashem from taking place”, the Committee says.

The Committee added that anyone with ideas and suggestions is welcome to contact the Committee to Save Shaarey Tefiloh at [email protected]. TLS.