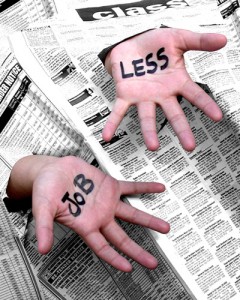 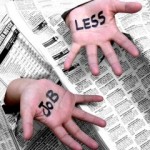 The number of newly laid-off Americans filing claims for unemployment benefits dropped unexpectedly last week, a sign the job market is healing as the U.S. economy slowly recovers. New jobless claims have dropped steadily since September, raising hopes that the economy may soon begin creating jobs and the unemployment rate could decline. That, in turn, would give households more money to spend and add fuel to the broader economic rebound that began earlier this year. The Labor Department said today that new claims for unemployment insurance fell by 22,000 to a seasonally adjusted 432,000, the lowest since July 2008. That’s much better than the rise to 460,000 that Wall Street economists expected.

The four-week average, which smooths fluctuations, fell for the 17th straight week to 460,250, the lowest since September 2008, when the financial crisis intensified. The crisis led to widespread mass layoffs, which sent jobless claims to as high as 674,000 last spring.

Analysts cautioned that the weekly data could be artificially low due to seasonal factors, such as the Christmas holiday and recent snowstorms.

Still, many economists saw the claims figures as a positive sign that employers could soon step up hiring. Abiel Reinhart, an economist at JPMorgan Chase, said in a note to clients that he estimates employers added a net total of 40,000 jobs in December, after cutting 11,000 the previous month.

The Labor Department will report the unemployment rate and jobs figures Jan. 8. Reinhart said the December jobless rate will likely be 10 percent, matching the previous month and down from 10.2 percent, a 26-year high, in October.

Still, most economists expect the unemployment rate to remain above 9 percent through 2010, as companies are likely to hire at a slow pace as they wait to see if the current recovery continues.

Economists closely monitor initial claims, which are considered a gauge of the pace of layoffs and an indication of companies’ willingness to hire new workers.

The number of jobless workers continuing to claim benefits, meanwhile, dropped by 57,000 to 4.9 million, also better than the increase that analysts expected.

But the so-called continuing claims do not include millions of people that have used up the regular 26 weeks of benefits typically provided by states, and are receiving extended benefits for up to 73 additional weeks, paid for by the federal government.

About 4.8 million people were receiving extended benefits in the week ended Dec. 12, the latest data available, an increase of 200,000 from the previous week. The rise is partly a result of another extension of benefits by Congress in November.

President Obama earlier this month signed legislation that continues the extended federal benefits for the first two months of next year. That will prevent about 2 million jobless workers from running out of benefits in January and February, according to an estimate by the National Employment Law Project, a nonprofit group.

But up to a million additional people could run out of benefits in March if the emergency benefits aren’t continued for the rest of the year, the NELP has said.