Jeb Bush trails Most of Republican Field in Iowa, According to Poll 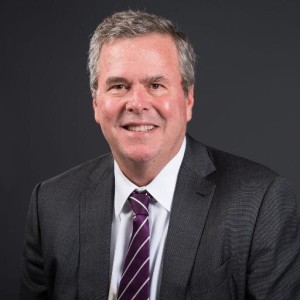 Former Florida Gov. Jeb Bush may be the most popular Republican presidential hopeful nationwide, but he trails his rivals badly in the critical state of Iowa, according to a new poll released Wednesday.

Only 5% of likely Iowa GOP caucus-goers told Quinnipiac University pollsters that they planned to vote for Bush, placing him No. 7 in the field of declared or potential 2016 candidates.

Even worse for Bush: He may not have as much room to grow over the next year as other candidates do. One-quarter of Republicans said they definitely could not support Bush, the lowest ceiling of support of any candidate in the Hawkeye State, and 45% said Bush was “not conservative enough.” Read more on CNN.