Info Regarding Bringing Arba Minim To The U.S. From Foreign Countries 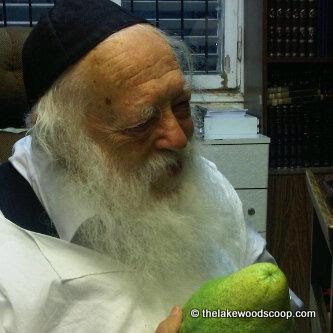 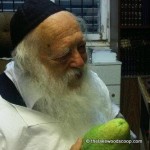 [Photo of R’ Chaim Kanievski last night] Over the years, Agudath Israel of America’s Washington Office has worked closely with the U.S. Department of Homeland Security’s Customs and Border Protection (CBP) agency to help alleviate potential problems facing Jewish travelers to the U.S. carrying sets of arba minim. This year, CBP has again issued pre-Sukkos guidance on the agricultural issues and procedures involved in the entry of esrogim, lulavim, hadasim and aravos from foreign countries — and we present it below, with several explanatory comments that we have added as an introduction. We hope this will clarify some of the questions that have arisen in the past and help travelers carrying arba minim plan accordingly.

1. Country of Origin — The guidance below applies only to arba minim that were grown in certain countries.

The guidance for esrogim applies to those grown in several countries, including Greece, Israel, Italy and Morocco — the main sources of foreign esrogim for yom tov.)

The guidance for lulavim applies to those grown in several countries, including Egypt, Israel and Spain — the main sources of foreign lulavim for yom tov.)

The guidance for aravos applies to those grown in several countries, including Canada, Europe, and Israel — the main sources of foreign aravos for yom tov.

The guidance for hadasim applies to those grown in all foreign countries.

3. Direct/Indirect Entry — Please note that the non-entry of esrogim to these locations applies only when directly brought in on international flights or across border crossings. If a esrog has entered through an approved location, it can then be transported on a domestic flight to any location. (i.e., if a traveler’s esrog enters and is released in New York, he/she can then take it to Atlanta or Los Angeles without problem.)

4. Declaration and Fines — All arba minim carried by travelers to the U.S. must be declared to CBP, no matter the airport or border crossings at which entry into the U.S. is made. Failure to do so could result in a fine of $300 and seizure of the arba minim.

5. Inspection and Release — Entry of the arba minim into an approved airport does not mean that they will be allowed into the U.S. All items are subject to inspection by CBP. If pests, stings or other problems (as outlined by the guidance) are found, the items will be seized. If not, they will be released.

Can also be found at www.cbp.gov and www.cbp.gov/xp/cgov/travel/alerts/

The travel period for the Jewish holiday of Sukkot is from September 26 through October 23, 2011. The holiday begins October 12 (at sundown) through October 19, 2011. U.S. Customs and Border Protection (CBP) understands that observant Jewish travelers entering the United States during the Sukkot holiday might carry religious items (ethrogs, palm fronds, twigs of willow and myrtle) in their vehicles if arriving at land border ports of entry, or in their personal baggage if they are arriving by aircraft. These items are regulated to prevent the introduction of invasive pests and diseases; however, these items might be allowed into the United States after inspection by CBP agriculture specialists. Thus, the following guidance is provided for travelers:

Single palm fronds will be inspected by agriculture specialists and released if no pests or symptoms of disease are found.

Also, if the twigs of willow are green in color, have soft tissue present, or have buds that sprouted, then they are capable of being grown and are prohibited from entering the United States.

Twigs of myrtle will be inspected by agriculture specialists and released if no pests or symptoms of disease are found.

If travelers have any concerns resulting from the inspection of their religious items at a port of entry, a CBP supervisor is always available to answer questions and address their concerns. As always, CBP is committed to treating all travelers, including travelers who may be observing Sukkot, with respect and dignity at all U.S ports of entry. (Agudah/Lakewood Shopper).