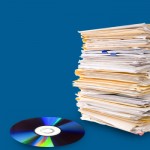 Party leaders on both sides of the aisle in the Senate say it’s time for the chamber to go paperless. A resolution recently introduced by Senate President Steve Sweeney, a Democrat, and Senate Republican Leader Tom Kean Jr. would eliminate rules that require all official chamber business to be conducted via paper. Kean and Sweeney hope to make the “commonsense” changeover by year’s end, citing the immediate cost savings and environmental benefits of ending the numerous stacks of printed bills and amendments. As an example, they note that Hawaii’s 25-member Senate has reported savings of more than $1.2 million and enough paper to save 800 trees since it went paperless in 2008.

“If people really want to see wasteful spending, they need to look no further than the countless reams of paper used by the Senate in the course of routine business,” Sweeney said. “From the stacks of legislation on every desk to the ritual of passing around of printed amendments, the Senate burns through literally tens of thousands of dollars in paper every year — most of which is never even read.”

The measure (SR-48) has been referred to the State Government, Wagering, Tourism & Historic Preservation Committee, with the hope that a hearing and vote will be held this month before the Legislature gets involved in state budget matters. A similar measure (AR-72) has been introduced in the Assembly by Upendra Chivukula, D-Somerset, but a hearing date has not yet been scheduled in that chamber.

“This commonsense measure will initiate savings to the taxpayer almost immediately,” Kean said. “Combined with efficiency savings, this is a win for every one involved.”

The state Office of Legislative Services, which provides nonpartisan legal advice to the Legislature, believes it would cost about $40,000 to make the Senate a paperless operation, though actual costs could be lower.

Sweeney has asked the office to study what technological measures would be needed to establish a wireless network in the main Senate chamber and its committee rooms. He also wants them to provide each senator with a laptop computer, so they could access legislation and proposed amendments.

“The rising price of paper and the dropping prices of technology mean the Senate’s upgrade could pay for itself before the end of this legislative session,” he said. AP