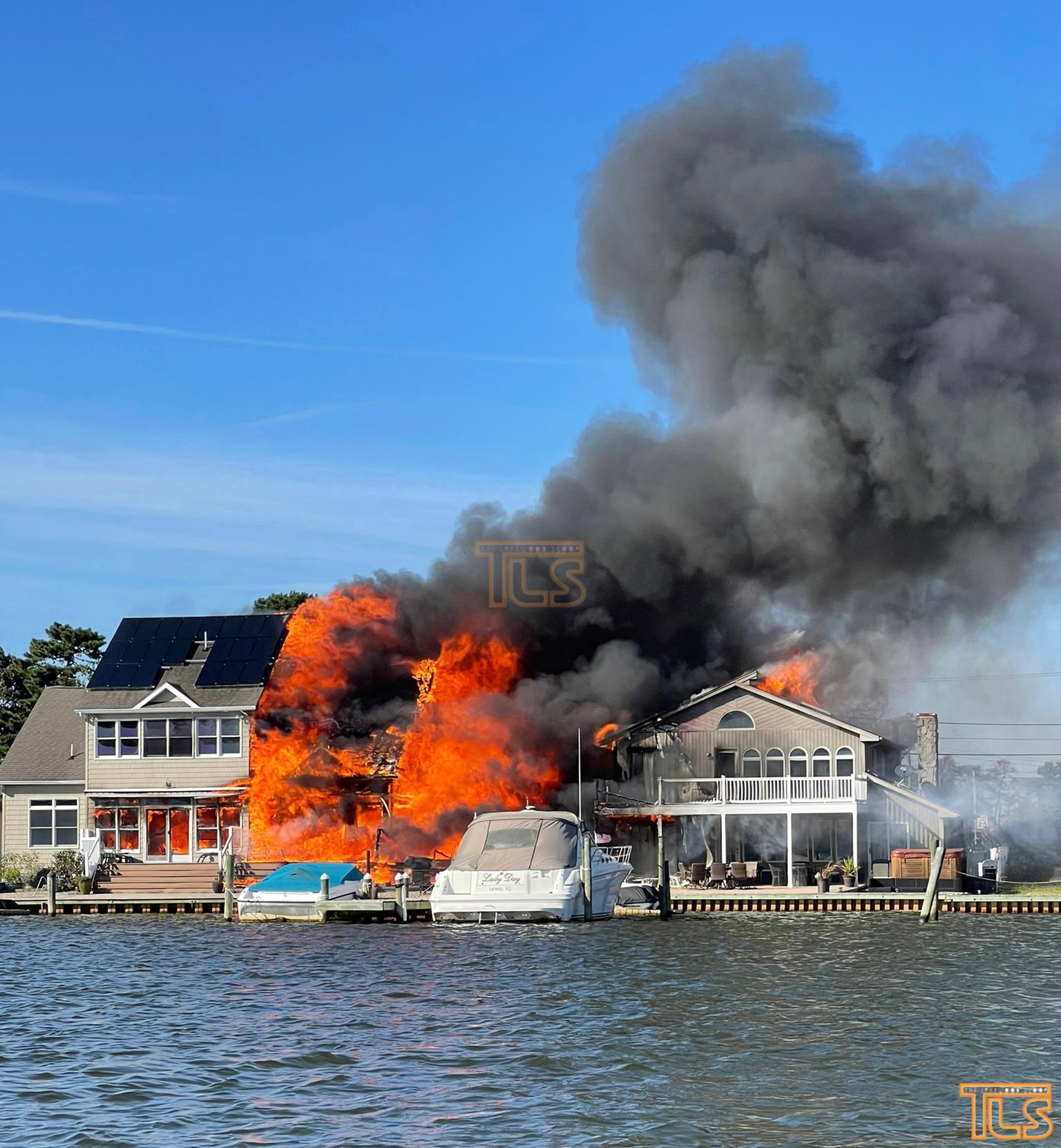 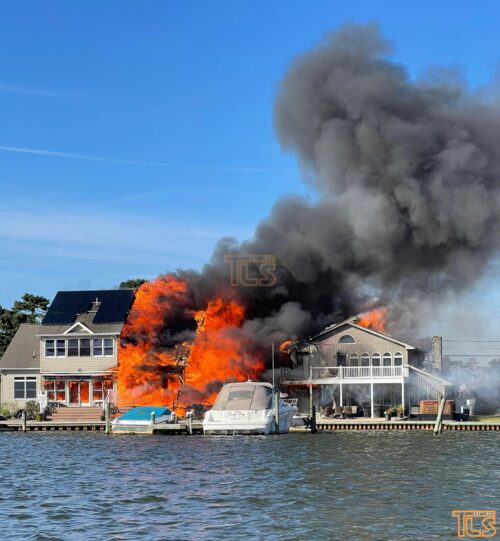 As first reported on our Status Erev Yom Tov, at approximately 3:30 P.M., Emergency Responders answered a call of a house fire at 31 Bay Way in the Bay Harbor section of Brick.

Upon arrival a heavy smoke and fire condition was observed. Strong winds helped to spread the fire quickly. The resident of 31 Bay Way, who was home at the time, was uninjured, but the home was completely destroyed. The wind driven fire caused extensive damage to the upper portion of the house next door at 29 Bay Way. In addition spot fires on at least one area property were extinguished. The only injury was that of one of the fire fighters who suffered a minor burn that was treated by EMS on the scene.

The fire is being investigated by Detectives from the Ocean County Prosecutor’s Office, the Brick Police Detective Bureau and the Brick Fire Safety Bureau.

BREAKING: More from the scene in Brick.