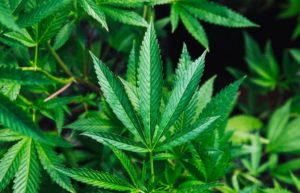 At a ceremony held in Freehold, Governor Murphy signed the “Jake Honig Compassionate Use Medical Marijuana Act” which will vastly expand New Jersey’s medical cannabis program. Jake was a 7-year old patient who was diagnosed with a rare form of brain cancer in 2012, and for whom medical marijuana use was crucial to his quality of life in his final days.

The bill will allow for the approval of an additional 28 marijuana dispensaries across New Jersey, on top of the six that are already operational and another six that are in the process of being approved. Some 50,000 patients use New Jersey’s highly regulated medicinal marijuana system to relieve symptoms of illnesses. While the amount of new dispensaries are far lower than the 100 new facilities that Governor Murphy wanted, the bill still represents a massive step forward for those fighting for the advancement of marijuana being given to patients to alleviate their pain.

Since Jake’s passing, the Honig family has played a leading role in pushing the bill through New Jersey’s Legislature and getting the bill to the governor’s desk. Mike Honig, Jake’s father, spoke at the bill signing, telling stories of little Jake and how marijuana was the one thing that helped Jake live out his final days in peace and comfort.

In addition to expanding the medical marijuana program, the bill also calls for the creation of a five-member Cannabis Regulatory Commission that will oversee New Jersey’s medical cannabis program. With the creation of this commission, the program will be removed from the jurisdiction of the Health Department.

Governor Murphy, who has made the legalization of marijuana a priority, has put aside attempts to pass a bill legalizing the recreational use of cannabis, instead opting for a public referendum on the issue in 2020.