Governor Chris Christie: “I Feel Like I Let People Down By Not Knowing” 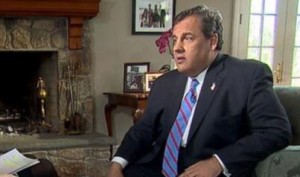 Yesterday, Governor Christie sat down with ABC’s Diane Sawyer at his home to discuss the release of the independent review conducted by Gibson Dunn. Some highlights from the interview below:

GOV. CHRIS CHRISTIE: This report says I had no knowledge of it before it happened, nor did I authorize it or have anything to do with it. And that’s the truth. That’s what I said on January 8th.

CHRISTIE: Not clueless. But it certainly makes me feel taken advantage of and also, more importantly, I feel like I let people down by not knowing. Sometimes people do inexplicably stupid things.

· SAWYER: Do you really believe they didn’t do it because they thought that’s what would please you? If you didn’t know about it, that they were going to try to please you?

CHRISTIE: I can’t get into what their motivations were except to say that anybody who really knows me would not believe that doing something inexplicably stupid would please me. I’m a passionate direct guy.

CHRISTIE: Our oldest son was home on break. And he asked me, did you do this? It was a tough question, that your son would ask you. And I said, no, I didn’t. And he said, good, I’m glad.

CHRISTIE: Well, in this instance, I certainly — this is not something that I think I inspired. And to the extent that any of them thought this was acceptable conduct, then I fell short. And I don’t think that in the end, I obviously didn’t make it clear enough to these folks that this kind of stuff was unacceptable. This is an abuse of the trust of the authority that was granted to you. And that’s unacceptable. And to the extent that no one, that anyone didn’t understand that, believe me, from this day forward, anyone who works for me will understand that.

· SAWYER: As you know, the word bully, bullying comes up over and over again. Have you asked yourself, did I do anything to create the climate in which this happened?