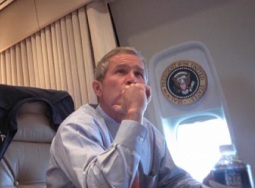 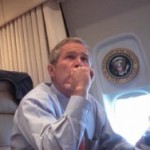 VIDEO: National Geographic Channel presents George W. Bush: The 9/11 Interview, a world premiere documentary that reveals exclusive, first-person insight into the former president’s experience following the terrorist attacks of Sept. 11, 2001. In the most in-depth on-camera interview he has ever given on the subject, President Bush recalls what he was thinking and feeling and what drove the real-time, life-or-death decisions he faced in the first minutes, hours and days after the most lethal terrorist attacks ever on U.S. soil. Hear in unprecedented, intimate detail what he grappled with as both commander in chief, and as a man concerned for his family and fellow citizens.

The 9/11 Interview also takes viewers behind the scenes with extensive archival footage and exclusive materials directly from his library that open a new window into his personal experiences during that historic day that changed the face of America, and the world, forever.