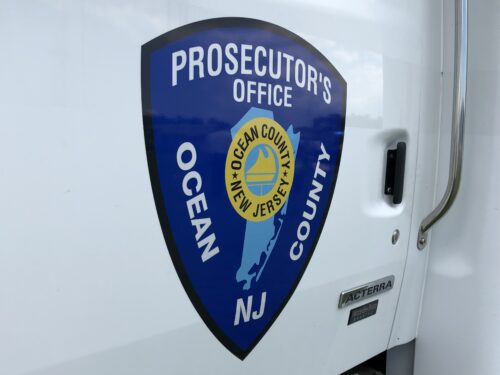 A fugitive from justice wanted in regards to a fatal motor vehicle accident that occurred in Jackson in December has been arrested in Laredo, Texas by Customs and Border Patrol Protection agents.

On December 24, 2020, at approximately 6:00 p.m., Officers of the Jackson Township Police Department were summoned to the area of Cedar Swap Road and I-195 for a report of a motor vehicle crash with serious injuries. An investigation by the Ocean County Prosecutor’s Office Vehicular Homicide Unit and Jackson Township Police Department revealed that a 2010 Mercedes Benz, driven by Norman Shtab, 83, of Howell Township, was exiting I-195 at Exit 21.  His wife, Phyllis Shtab, 81, also of Howell, was a passenger in the vehicle.  As Mr. Shtab was attempting to make a left-hand turn onto Cedar Swap Road, his vehicle collided with a 2003 Chevrolet Silverado.

The passenger in the Silverado, Jose Misael Pementel-Mendoza, 30, of Wrightstown, was likewise transported to Jersey Shore Medical Center following the crash; he was treated for his injuries and released.  The driver of the Chevrolet Silverado – identified through continuing investigation as Alcazar-Sanchez – fled the scene on foot.  Further investigation revealed that Alcazar-Sanchez then fled the United States and traveled to Mexico.