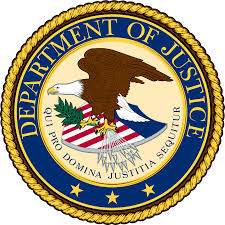 David Philip Ryan, 50, pleaded guilty before U.S. District Judge Katharine S. Hayden to Count One of an indictment charging him with conspiracy to transport stolen firearms.

According to documents filed in this case and statements made in court:

In April 2012, law enforcement received information that valuable firearms allegedly belonging to members of the family of the late Iraqi president Saddam Hussein were available for sale (Hussein Family Firearms). The Hussein Family Firearms were believed to be kept in Florida, and Ryan and others attempted to find a buyer for them. The firearms had been appraised at $250,000 to $350,000. Seven firearms were shipped to New Jersey for viewing by potential buyers.

Federal law enforcement officers seized the following firearms in the course of the investigation:

(1) One Coonan Arms Inc., .357 semi-automatic pistol, nickel finish, made in St. Paul, Minn., with gold inlay and a medallion [email protected] on left side grip (believed to be the initials of Qusay Saddam Hussein al-Tikriti, the second son of former Iraqi President Saddam Hussein);

(4) One Chinese State Factories type 64 pistol, .32 caliber semi-auto pistol, black finish, with Yemen flag icon on both sides of grip and Arabic writing on the slide;

The count to which Ryan pleaded guilty carries a maximum penalty of 5 years’ imprisonment and a fine of $250,000. Sentencing is scheduled for June 22, 2015.

Three other individuals, Carlos Quirola-Ordonez, Karlo Sauer and Howard Blumenthal, have pleaded guilty to their roles in this conspiracy. Blumenthal has been sentenced, and Quirola-Ordonez and Sauer are awaiting sentencing.

U.S. Attorney Fishman credited special agents of the Bureau of Alcohol, Tobacco, Firearms and Explosives, under the direction of George P. Belsky; and Immigration and Customs Enforcement (ICE) Homeland Security Investigations (HSI), Newark Division, under the direction of Acting Special Agent in Charge Kevin Kelly, with the investigation leading to today’s guilty plea.

The case is being prosecuted by Assistant U.S. Attorney Joyce M. Malliet of the National Security Unit in Newark.