Find A Sukkah Near You Wherever You May Be 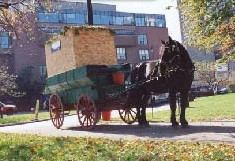 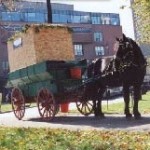 Traveling during Sukkos? Don’t be left without a Sukkah. For the past 18 years, localsukkah has beeen heloing people around the world find a Sukkah nearest them. The list of Sukkahs began in 1994, as a list for Melbourne only. The idea of the list is to enable people who work on Chol-Hamoed to eat lunch in a Sukkah, which is close to their place of work.

The Sukkahs on the list are primarily owned by Shules, Jewish day schools, Jewish communal organizations, and Jewish businesses. The list also includes some Sukkahs located in shopping centers, universities, and amusement parks. In areas where the Shule has no Sukkah, or the Shule is closed during working hours, members of that Shule have listed their home Sukkah. As all listings are confirmed annually prior to publication, the benefit of the list is that users of it can be almost certain that the Sukkah that they wish to use is indeed available prior to heading there. The list also includes details of numerous Sukkahs that would otherwise remain unknown to many users of the list.

In the first year there were only nine Sukkahs on the list as it was organized only a few days before Sukkos. However, in the subsequent years there were between 30 and 35 Sukkahs on the list. In 2002 the list was expanded to cover all of Australia. In 2003 the list was expanded to cover all places around the world. Last year (2010) there were 432 Sukkah listings, located in 24 countries. The list has grown every year since its inception. Even though the listings are confirmed primarily via email, new listings have always exceeded unconfirmed and uncontactable previous listings. As the list is a new concept to many, it may be some years before a comprehensive worldwide list is achieved.

In past years, the list has brought many people to the Sukkahs in the Central Business District of Melbourne. Both the owners of these Sukkahs and the visitors to them enjoyed having this list. In 2003 a webcam was added to one of the Melbourne Sukkahs, so that people could see how crowded it was before heading there to eat lunch.

The list is not exclusive to any particular section of the Jewish community. All Sukkahs are publicized regardless of the affiliation of their owners, and all Jews are welcome at any of these Sukkahs. The idea of this project is merely to promote achdus (Jewish unity), and to help other Yidden. There is no charge for this service.