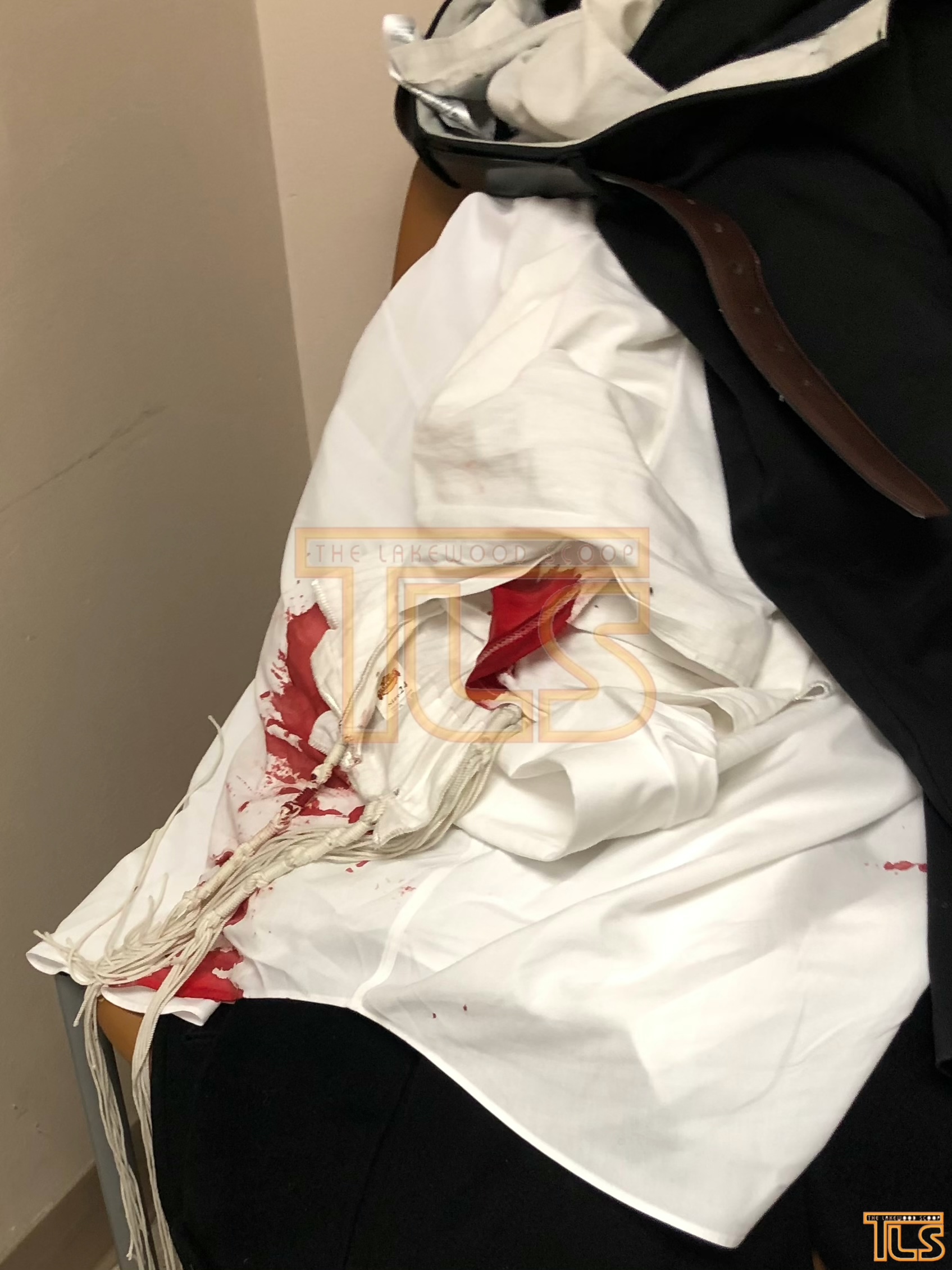 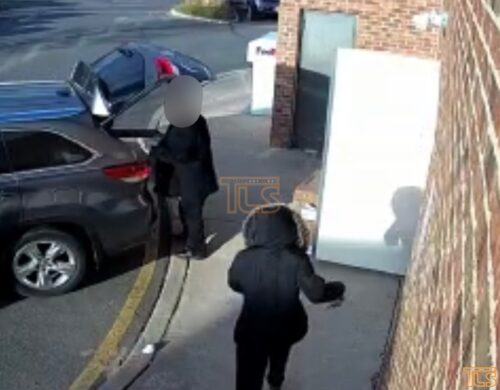 The stabbing attack in Lakewood today was caught on surveillance camera, and exclusively obtained by TLS.

The video shows the suspect walking from the direction of MLK Drive and into the rear of the Out To Lunch shopping plaza.

As the man was loading items into his vehicle, the suspect can be seen running up to him and stabbing him in the back.

After being stabbed, the victim grabbed the approximately-12-inch knife stuck in his back, and fought back, chasing down the woman until he had her on the ground. Police arrived moments later and took her into custody.

UPDATE: The suspect has been identified as 38-year-old Erika Cruz.

“At this time the investigation is active. Reason for the attack is unclear, but we do not believe Cruz is affiliated with any organized hate or terrorist group,” police said 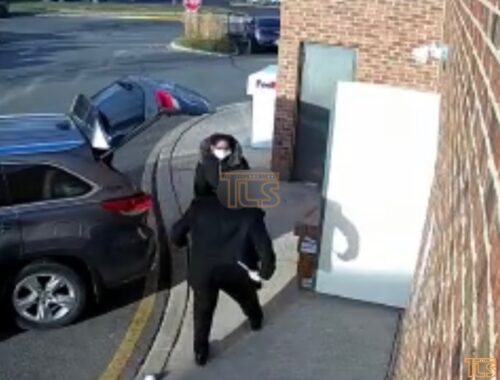