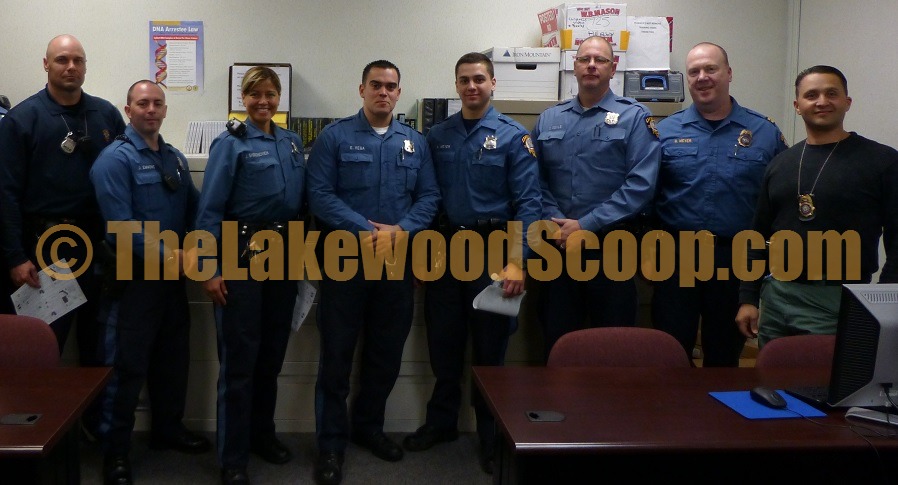 EXCLUSIVE: VIDEO & PHOTOS: About 20 police officers yesterday were the first from the Lakewood Police Department to be trained for the use of Narcan – the antidote which can reverse the effects of a Heroin overdose patient.

Representatives from nearly all the police departments in the state were trained by the Ocean County Prosecutor’s Office over about a two week period, enabling the them to further conduct training within their respective departments.

The Lakewood Police class, coordinated by Training Sergeant Rob Shimonovich and given b‎y Instructor Officer Sherry Jones, consisted of a power-point presentation about the antidote, as well as a hands-on training with the item.

Narcan, a nasal spray sprayed into a victim at the brink of death, was introduced in New Jersey by Prosecutor Joseph Coronato in response to the massive number of Heroin overdose victims.

Since the introduction , Governor Christie has announced the formal launch of the initiative for Ocean and Monmouth Counties, and has also granted a waiver which will allow for EMTs to administer the antidote. [TLS]