Every once In a While, This Father Needs To Leave His Family. Here’s Why 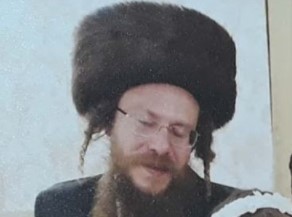 Last week in a delivery room at Hadassah Ein Kerem hospital in Jerusalem, the doctors handed a newborn baby boy to his mother. “Mazel tov!,” the nurses cried out, as they do in Israel.

As Chagit took her baby into her arms, she burst into tears. A somber silence fell over the room. It was clear that unlike those of some mothers giving birth that day, Chagit’s were not tears of joy.

Chagit had arrived at the hospital earlier that day alone. Birth can be a terrifying experience without a loved one. Chagit, however, is used to doing things alone. Her husband Yitzchok’s battle with illness has him in the hospital again. “It comes in waves,” she says, in a personal video. During those waves when he must be hospitalized, Chagit is left alone for long periods of time with her 5 older children. Yitzchok’s health is fragile and he is unable to bring in a steady income.

Chagit does her best to make it work against all odds: She worked as a sales clerk in a store right up until her birth. Left alone to watch the kids, though, working full time is an unattainable dream. And paying the bills, even with working full time, is an impossibility.

Today is the new Eldinger baby’s bris. What should be a day of joy will be tinged bittersweet by Yitzchok’s absence. A neighbor or other male family member will carry Chagit’s new baby to the men’s side of the shul instead of his father. And as Chagit stands by the mechitza, peering through to watch the naming of her son, she will once again be in tears. Tears of helplessness for her family’s future.