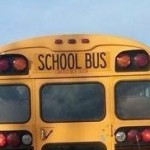 As the pressure on Durham bus service continues to mount, the company readily agreed to hire as many drivers as they could find in order to accommodate the failed routes, Board officials said today. However, some officials in the Board Of Education say nothing has been finalized and a plan of decisive action was not yet presented, during negotiations with the company today.

Additionally, says an official, not all routes were rectified, and some routes will still be going out for bid.

As first reported earlier this week, Durham bus service dumped 10 routes back into the District, leaving hundreds of children without busing. TLS.