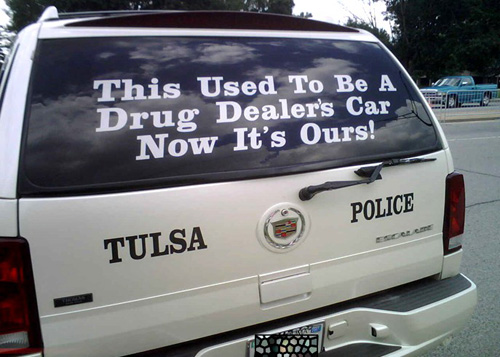 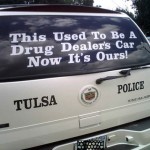 The grass is greener in the Garden State – and a whole lot cheaper, too. New Jersey’s medical marijuana law is a looming cloud for New York pot dealers who worry that profits are about to go up in smoke. “It’s going to cut a lot of the bridge-and-tunnel customers,” one pot dealer told the Daily News. “I’m just trying to lock down who I have in the city. I have to stay on the grind.” On Monday, New Jersey became the 14th state to make a medical marijuana bill law, allowing the sick and dying to get some relief by smoking legal pot.

Within the next few months, New Jersey residents with cancer, glaucoma, seizure disorders and other serious illnesses will be able to get prescriptions for up to 2ounces of pot every month.

The estimated cost for medical marijuana in New Jersey is roughly $125 an ounce. The New York dealer who spoke to the Daily News said he sells the same product for $500.

“You can’t drop prices to match that,” he said. “You’d lose hundreds of thousands of dollars.”

“As I smoker, I think it’s great. But from a business aspect, it’s going to cut a lot of people,” he said.

New York cops had no comment on whether they’re worried about cheap and plentiful marijuana just across the Hudson.

The New York State Assembly passed medical marijuana legislation in 2007 and 2008, but it has not reached the state Senate floor for a vote.

Strangely, pot dealers and opponents of medical marijuana share similar fears about New Jersey’s new law and the potential for New York to become state No.15.

“You lose control of it if peopleare allowed to buy it,” said Michael Long, chairman of New York’s Conservative Party. “How do you know the patient won’t give the marijuana to someone else?”

Proponents of medical marijuana say both the law in New Jersey and the proposed legislation in New York make it difficult for people to abuse the privilege of legal pot.

Only genuinely sick people with prescriptions from their doctors can get the stuff, and they’re not likely to give it up.

“You’re talking about people who need this medication and aren’t willing to sell it,” said a spokesman for the Marijuana Policy Project in Washington.

Besides, New Yorkers who smoke pot for fun don’t have to take the PATH train to New Jersey to score, said Assemblyman Richard Gottfried (D-Manhattan), chairman of the Health Committee and sponsor of New York’s medical marijuana bill.

“The reality is, people who want marijuana for recreational use in New York and don’t mind breaking the law have no problem getting it now, as far as I know,” he said. Dailynews.