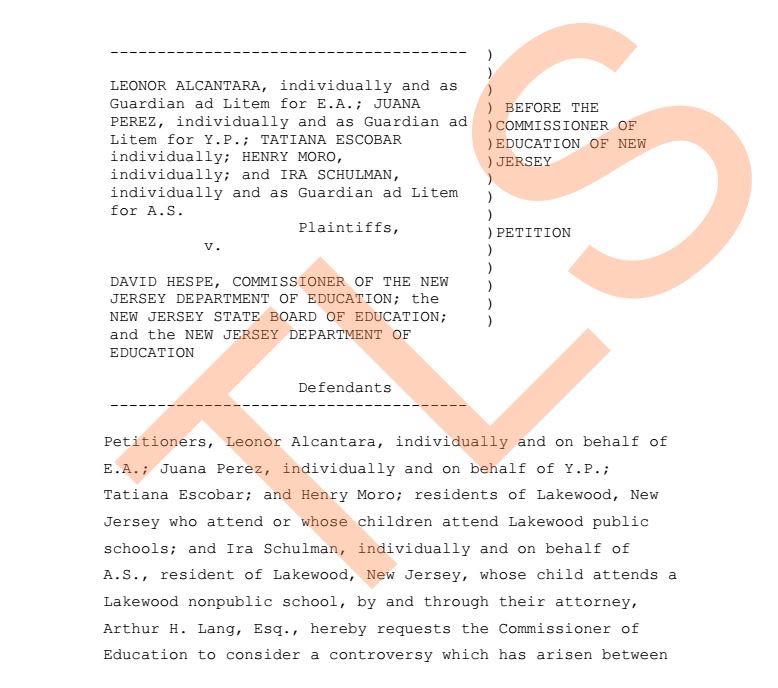 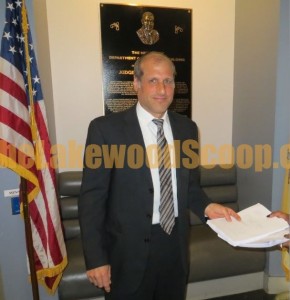 “As a teacher in Lakewood High School, I have first-hand knowledge of the effects that inadequate funding have on my students. Over the last decade, I have seen the decimation of one the best faculties in the state, the closure of an extremely popular vocational program, and the loss of educational support for my struggling students. This has left our most needy children with little hope for a successful future. This because, the State of New Jersey, treats Lakewood as if it were a wealthy district; that with a population of 108,000 it should easily provide for 5,500 public school students.

Adds Lang, “The reality is that Lakewood has not 5,500 but 35,000 public and nonpublic children who are supported by a tax base that has the ninth lowest per capita income of 564 New Jersey municipalities. One third of the district budget is spent on required services for all 35,000 of its children, half of which is by right under the United States Constitution and the other half by right under New Jersey law. It is simply wrong that the Department of Education funding formula ignores the existence of over 84% of the children of Lakewood when calculating adequate funding for Lakewood. The result is that my students, the public school students, are hurt the most, and all the children of Lakewood suffer. This bodes poorly for the nation and will have a detrimental impact on the State of New Jersey, which does not need more failing school districts.”

“I implore all supporters of public education in Lakewood and New Jersey to rally behind this lawsuit so that every child should count, so that Lakewood public schools should once again rank among the finest in the state, and so that the wonderful communities in Lakewood will no longer have to compete under against an inadequate funding formula, but instead will stand united for the common good.”

Arthur Lang learned in Beth Medrash Gevoah for 16 years and has been teaching mathematics in Lakewood High School since 2003. He has a degree in Government from the University of Texas, a Masters degree in Educational Administration from Chadron State College in Nebraska, and a Juris Doctor from Rutgers Law School in Newark. He studied under the constitutional scholar Wallace Mendelson while at University of Texas and under the father of educational litigation, Paul Tractenberg, while at Rutgers Law School. He and his family have been resident of Lakewood for nearly 30 years.