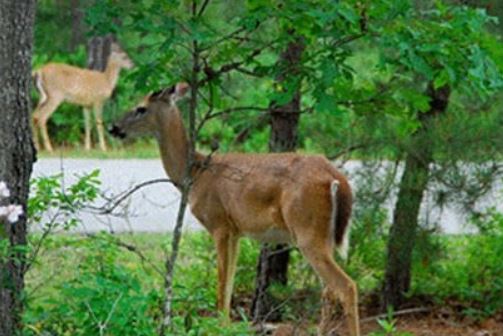 Deer are more likely to suddenly enter roadways at this time of year, also known as the fall rut, as bucks pursue does, increasing the risk for drivers to stop suddenly or be involved in collisions. Deer activity is more likely to occur during early morning hours and around sunset, when visibility may be limited and more motorists are on their work commutes.

“Deer are involved in thousands of collisions with motor vehicles in New Jersey every year, most of which occur during the fall mating season,” New Jersey Fish & Wildlife Assistant Commissioner David Golden said. “We urge all drivers to be especially alert to the possibility of deer suddenly darting onto roadways, as well as know how to reduce the risk of a collision and possible serious injury to themselves, their passengers or others.”

Awareness will become even more important when daylight saving time ends at 2 a.m. on Sunday, Nov. 6. This means that many commutes will then align with the time when deer are most active, and lighting conditions may be the most difficult for driving. Reduced lighting as well as sun glare can make it very difficult for drivers to see deer that are about to cross the road.

These tips can help drivers stay safe during peak periods of the annual fall rut: