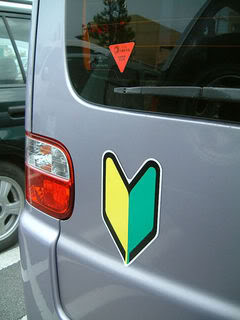 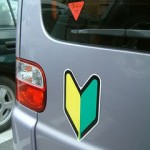 Teen drivers throughout New Jersey will be affixing two detachable decals to their license plates starting in May, by order of the state of New Jersey. Somewhat surprisingly, the Motor Vehicle Commission has not yet determined what young drivers or their parents will pay to buy “Kyleigh’s Law” decals and order replacements when they inevitability get misplaced or disappear in a senior prank. Understandably, some families already grappling with higher insurance rates, car costs and other bills incurred when their teenagers begin driving are concerned about getting socked with another expense. Failure to display the required decals could result in a $100 fine.

“I’ve got five children and four cars,” said Scott Ireland of Mount Olive, whose children range from 15 to 22.

MVC spokesman Michael Horan said the purchase prices should be determined once a company is chosen to create the decals, perhaps within the next couple of weeks. By law, fees may not exceed the cost of producing and distributing the decals, so the prices shouldn’t be too exorbitant.

“I can understand parents’ skepticism,” Weinstein said, adding, “It’s not going to break the bank — it’s going to save lives.”

Kyleigh’s Law is something of an oddity in New Jersey in that it generated much more controversy after being signed into law than when it was being debated in Trenton. Only a handful of lawmakers voted against the decal law, which was named after a 16-year-old West Morris Central High School student killed in a 2006 crash in Washington Township in which another teen was driving.

After Gov. Jon S. Corzine signed Kyleigh’s Law in April, the issue was discussed in driver education classes throughout Morris County, and some parents raised privacy and safety concerns.

A lawyer from Rockaway filed a lawsuit seeking to block the law, on the grounds that the decals might promote illegal searches by police officers and make young drivers a target for criminals. The status of the suit was unclear last week. The lawyer who filed it, Gregg Trautmann, could not be reached.

“My daughter is going to start driving next month. My other daughter is a year and a half behind her,” Ireland said. “Do I really want her getting stuck on the side of the road, with a sticker that (could imply) she’s by herself?”

The flip side is that Kyleigh’s Law was adopted in response to a real crisis — all those deadly crashes involving teen drivers. While the GDL places various restrictions on new drivers under age 21, from limiting the number of passengers to imposing curfews, police officers told the state commission that the law is difficult to enforce.

That point is difficult to dispute. It is generally impossible to tell just by looking whether a driver is 17 or 27, for example.

Kyleigh’s Law will remove that obstacle by requiring holders of a special learner’s permit or examination permit to affix “two removable, transferable, highly visible, reflective” decals to their license plates.

“Now, are there going to be pranks? Probably. Frankly, the benefits far outweigh the possibility of hooliganism,” he said.

Because the decals will be detachable, he advised teen drivers to remove them from their license plates upon reaching their destination.

“The decals should follow the driver, not the car,” Weinstein said.

True enough, but check any daily police blotter and you’ll read about veteran drivers reporting a stolen cell phone after leaving it behind in their car. It is a lot to expect new drivers, in addition to everything else, remembering to remove their decals upon arriving at high school, and then remembering to put them back on at the end of the school day.

Then again, the teen driving stakes already are high, perhaps extra vigilance is in order. APP