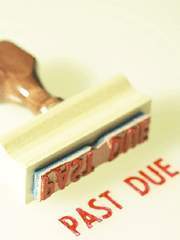 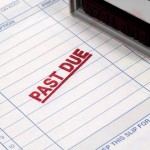 Members of the Swersey family thought they had bought the perfect house in Irvington six years ago — until debt collectors started hounding them about payments owed by the previous owners. “It’s not just an annoyance; it’s like a privacy invasion,” said Kevin A. Swersey, 46, a wine consultant. “All we did was buy their house. Why should we inherit their harassments?” From constant phone calls and degrading innuendoes to threats of imprisonment or worse, the increasingly aggressive practices of some collection agencies has more people crying foul and calling for stricter protections. If fact, no other industry is the subject of as many complaints.

Some of the more abusive tactics in the collection industry are prohibited under the Fair Debt Collection Privacy Act, which was enacted in 1977.

Yet even the Federal Trade Commission, the nation’s consumer protection agency, criticizes the law as falling short.

“The commission definitely believes that the FDCPA should be updated, in a number of ways,” said Thomas E. Kane, senior attorney in the Federal Trade Commission’s division of financial practices. “There are many good collection agencies, but some are using illegal practices regularly.”

Among other protections, the FDCPA prohibits debt collectors from contacting consumers at inconvenient times or places, such as before 8 a.m. or after 9 p.m., or at work if told not to do so.

Debt collectors may not use threats of violence or harm, use obscene or profane language or rely on constant phone calls.

It is also illegal for a debt collector to pose as a lawyer, to threaten arrest, to send anything that looks like an official court or government document if it is not, or to claim property or wages will be seized unless permitted to do so by law.

“They’re absolutely vicious, debt collectors,” said White Plains bankruptcy attorney Michael H. Schwartz. “Collectors jump right to the end game — saying they are going to call your employer and freeze your bank accounts. Yes, in time that’s all possible. But that can’t happen the minute you can’t make the payments. They have no problem lying.” Read full article in APP.