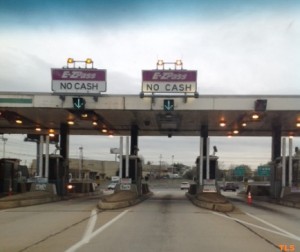 As the state Department of Transportation (DOT) prepares to shut down the Pulaski Skyway for a two-year repair project beginning this weekend, Assemblymen Joseph Cryan and Jason O’Donnell are proposing a toll reduction along a portion of the New Jersey Turnpike to compensate commuters who will be forced to travel a more expensive and congested route in the interim.

The lawmakers plan to introduce legislation requiring the New Jersey Turnpike Authority to reduce, by half, the tolls at Exits 14, 14a, 14b, 14c, and 15e on the Turnpike extension until the Pulaski Skyway reopens.

“While the DOT, recognizing ‘carmaggedon’ is coming, has developed a number of alternate plans for commuters, it acknowledges that a big part of the plan is to move people to the Turnpike extension,” said Cryan (D-Union). “This additional cost could be very significant for many people. Reducing toll fees for the time being might not help eliminate travel headaches, but it will at least lessen the blow financially for commuters.”

Cryan and O’Donnell represent Union and Hudson counties, whose commuters will absorb a majority of the blow as DOT officials warn that an estimated 40,000 motorists who take the Pulaski Skyway to Manhattan and Jersey City daily will be forced to find an alternate route.

The DOT has announced plans to include more train capacity and is urging motorists to carpool, take public transportation or use alternate routes. However, of the 3,500 cars that travel to Manhattan on the Pulaski Skyway every hour during the morning commute, the DOT expects roughly 1,900 of them to use the Turnpike extension, which happens to be the costliest alternative at $2.45 one-way for the entire eight-mile extension during peak travel times with no E-Z Pass discount offered.

“This will undoubtedly result in more traffic along the Turnpike and increased costs for commuters forced to travel that way,” added Cryan. “This will be a significant and prolonged inconvenience for quite some time. Cutting commuters a temporary break is the fair thing to do.”

The lawmakers intend to formally introduce the legislation at the next Assembly quorum call slated for early May. [TLS]