Congressman Van Drew: The IRS should not be surveilling Americans’ bank accounts 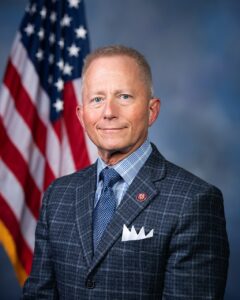 The Biden Administration, following pushback from the American people and Congress, announced that they are abandoning their proposal that would require banks to report inflows and outflows totaling more than $600 a year. The administration’s revised proposal would require banks to report accounts to the Internal Revenue Service (IRS) that exceed $10,000 in inflows and outflows annually.

“While this is a step in the right direction, there is still work to be done,” said Congressman Van Drew. “The initial proposal to require banks to report inflows and outflows that exceed $600 would have affected nearly every American who pays rent or goes to the grocery store. However, the new reporting requirement will still invade consumers’ privacy rights; the IRS should not be surveilling Americans bank accounts – period. If they are so concerned with Americans’ earnings, D.C. elites should be required to report their actions to the American people, not the other way around. Average working Americans are tired of this administration attempting to waste trillions of their taxpayer dollars on socialist programs.”