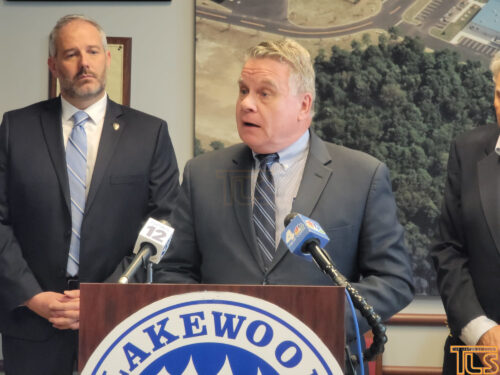 Reps. Chris Smith (R-NJ) and Ted Deutch (D-FL), Co-chairs of the House Bipartisan Task Force for Combating Antisemitism, today issued a joint call for added vigilance against hate crimes—including increased levels of protection for the Jewish community and more extensive education on the threat of antisemitism—in response to a report released by the Anti-Defamation League (ADL).

“Antisemitism won’t go away by ignoring it or wishing it away—it must be defeated,” said Rep. Smith. “There must be zero tolerance at every level for hate-fueled crimes against members of the Jewish community. We must work together with law enforcement to do more to protect our communities and do a better job of educating our children about the evils of antisemitism.”

Among its findings, the ADL study shows that the two states with the highest number of incidents of antisemitism last year were New York and New Jersey—with 416 and 370 incidents, respectively, of the 2,717 incidents recorded across the country.

“Although we make up less than 2.5 percent of the population, Jews are targeted in more than half of all religion-based hate crimes,” said Rep. Deutch. “In Florida alone, we saw 190 antisemitic attacks in 2021—the fourth highest in the nation. Just last week, we saw another in my neighborhood. We can wait for yet another violent, hateful attack against the Jewish people, we can wait for 2022 to be another record-setting year for antisemitism, or our country can take action right now. It is time to take a step toward justice.”

“The 25 percent rise in antisemitic incidents in the past year in New Jersey alone quantifies how this pernicious hate is escalating,” said Smith, who pointed to the recent Dion Marsh violence spree that coincided with the eve of the Jewish Sabbath earlier this month in Lakewood and Jackson, New Jersey—two towns in Smith’s congressional district.

“People of conscience must stand in solidarity with our Jewish brothers and sisters against this rising tide of hate,” Smith said.