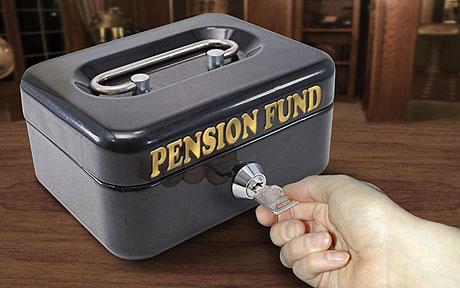 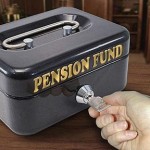 Gov.-elect Chris Christie is vowing to scrutinize New Jersey’s pension laws in the wake of a report that questions how a private lawyer could have held 12 part-time public jobs giving him pension benefits totaling more than $100,000 a year. The lawyer, Michael Angelini, who is also the Gloucester County Democratic Chairman, was the focus of a report last week by the state inspector general that questions whether he was qualified to join the pension system at all. At one point, in 2003, he represented seven government entities at once. However, the report said he often assigned the work to associates at his law firm, “suggesting that the entities hired a law firm not an employee.”

“This is the insanity that people sent me to Trenton to fix and I’m going to fix it,” Christie said. “They shouldn’t be able to be paid for more than one public job.”

Angelini tried to cash in his pension after a law was passed last year that bans “independent contractors” from getting state pensions. His request was put on hold pending a review of the inspector general’s report by the Treasury Department.

The report, which was forwarded to the Attorney General’s Office, said Angelini had towns put him on the payroll by using “novel and contrived arrangements, often proposed by him.”

“It is reasonable to conclude that these payment structures were utilized to provide Angelini unwarranted pension benefits,” it said.

Angelini has worked part time as a public defender in East Greenwich and Monroe townships. He also has done legal work for other government entities including Gloucester County and several of its agencies, the South Jersey Transportation Authority, Mantua Township and the South Jersey Port Corp.

Angelini has not been charged with any illegal activity.

In a statement, he said he followed the rules in effect at the time and shouldn’t be penalized.

“Enrollment in the pension system was part of the compensation agreed to with the public entities which my law firm and I represented and pension eligibility was a factor in the business decision which we made in undertaking the representation,” Angelini said. While he was attorney of record for the government entities and the one who received the pension credits, he argued that the agencies were entitled to the full legal resources of his law firm.

Former state Sen. Wayne Bryant made a similar argument during his corruption trial last year. He was convicted of fraud for boosting his pension by taking another public-sector job at the Gloucester County Board of Social Services. Associates at his law firm did thousands of hours of work there, but he received pension credit for it.

Angelini testified for Bryant at the trial. For 20 years Angelini also worked part time at the Gloucester County Board of Social Services, where he earned more than $66,000 a year. At Bryant’s trial, Angelini told jurors that it was not unusual for law associates to help with legal work.

In New Jersey, it’s also not unusual for people to work at more than one government agency at the same time. Thousands of people do, according to 2005 Treasury Department figures. When those figures were released, 19 others with multiple jobs topped Angelini’s combined salaries.

Christie, the former U.S. Attorney for New Jersey, was in charge of Bryant’s prosecution.

He said that while he has only read media accounts of the report, he generally has no problems with people who have more than one public job as long as they are only being paid and receiving benefits for one job.

“I don’t want to preclude public employees from being involved in public office, but not two public paychecks,” Christie said, adding that he made running mate Kim Guadagno give up her part-time teaching job at Rutgers Law School.