Chickens and Playmobil: The kollel which didn’t forget the children 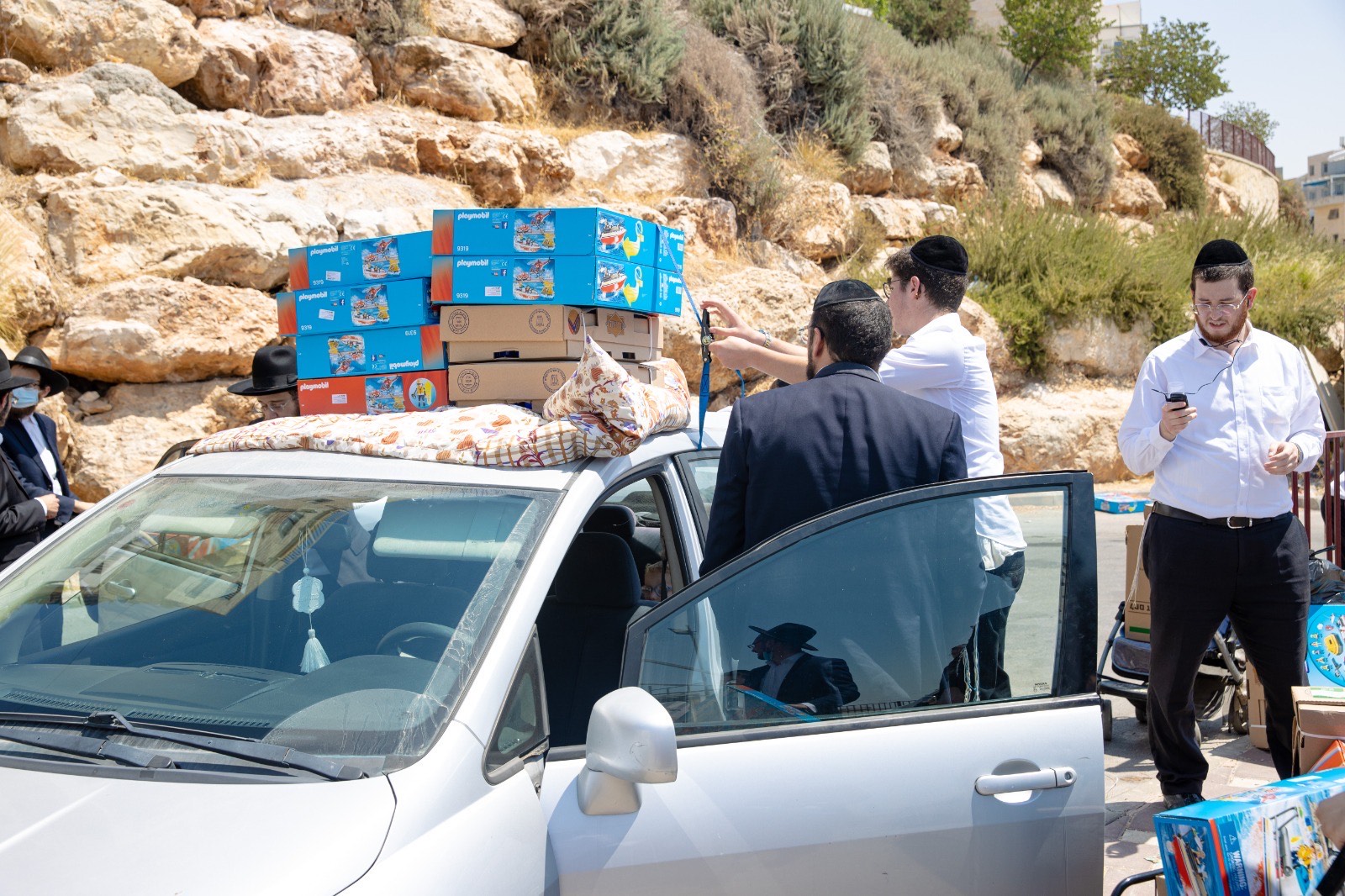 This year the Migdal Oz kollel network in Israel, headed by Harav Hagaon Rav Yechezkel Etrog, surprised hundreds of avreichim and gave them – in addition to food baskets and gift vouchers – an expensive Playmobil set for their children Rav Etrog: “The whole family, including the children, are part of their father’s Torah, and they also deserve a gift for yomtov”

Thousands of children whose fathers learn in the Migdal Oz kollel network, came to the yomtov season with a gift they never would have dreamed of. A valuable Playmobil set, worth hundreds of shekels, which they received as a gift as part of the yomtov package from the important kollel network, headed by Harav Hagaon Rav Yechezkel Etrog.

There wasn’t one dry eye at the scene where the baskets were distributed. Dozens of children who came with their parents to collect the yomtov gift, which included vouchers for purchasing food and clothing, and a rich basket of food, were surprised to see colorful piles of the toy so beloved by children – Playmobil. The children who came began to jump in excitement when they saw the surprise, and they held the boxes with excitement and joy which they didn’t try to hide.

The whole family, including the children, are part of their father’s Torah, “and   they also deserve a gift for yomtov,” explains Rav Etrog. He adds that the decision to give out the toys was due to advice he was given by one of the important kollel supporters in the United States. “I sat with one of our major supporters, and he asked me, why shouldn’t we also give the children something? They are so proud of their fathers who devote their lives to Torah, but they also have to make a fair sacrifice for that. And we want to show our respect and love to them too.” Rav Etrog explains that there were enthusiastic responses. “One child called me up and told me that his parents had always said that it was too expensive a toy for them, and he could only play with it at the neighbors. And now his dream was fulfilled. I am delighted and moved that we had this merit.”

In addition to the gift for the children, as we said, the kollel network also distributed special, expensive yomtov baskets to the hundreds of avreichim, including a larger than usual stipend, vouchers for buying food and clothing for the entire family, and a food basket which included chickens, beef, fish, and groceries for Sukkos.

The Migdal Oz network, which has earned a prestigious reputation in the Olam Hatorah in Eretz Yisroel, supports hundreds of avreichim who learn diligently in nine batei midrash throughout Israel.

Some of the best talmidei chachamim learn in the kollelim and there is great demand to join. The network champions the idea of providing a respectable monthly stipend to the avreichim to provide for them and their families. To this end, Rav Etrog travels throughout the world where he recruits friends and donors who feel it is a zechus for them to maintain this important network of kollelim, and help ease his heavy financial burden. 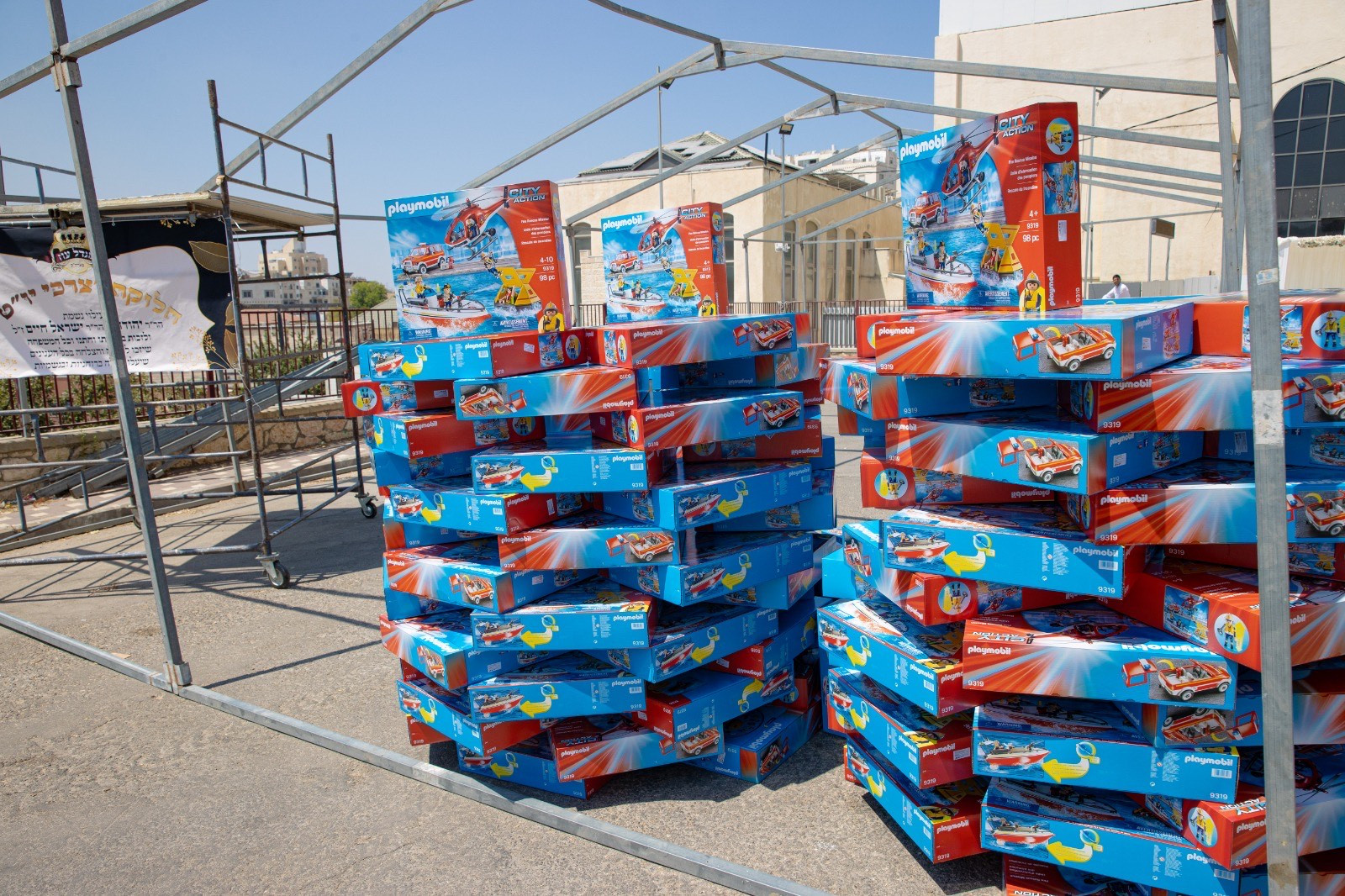 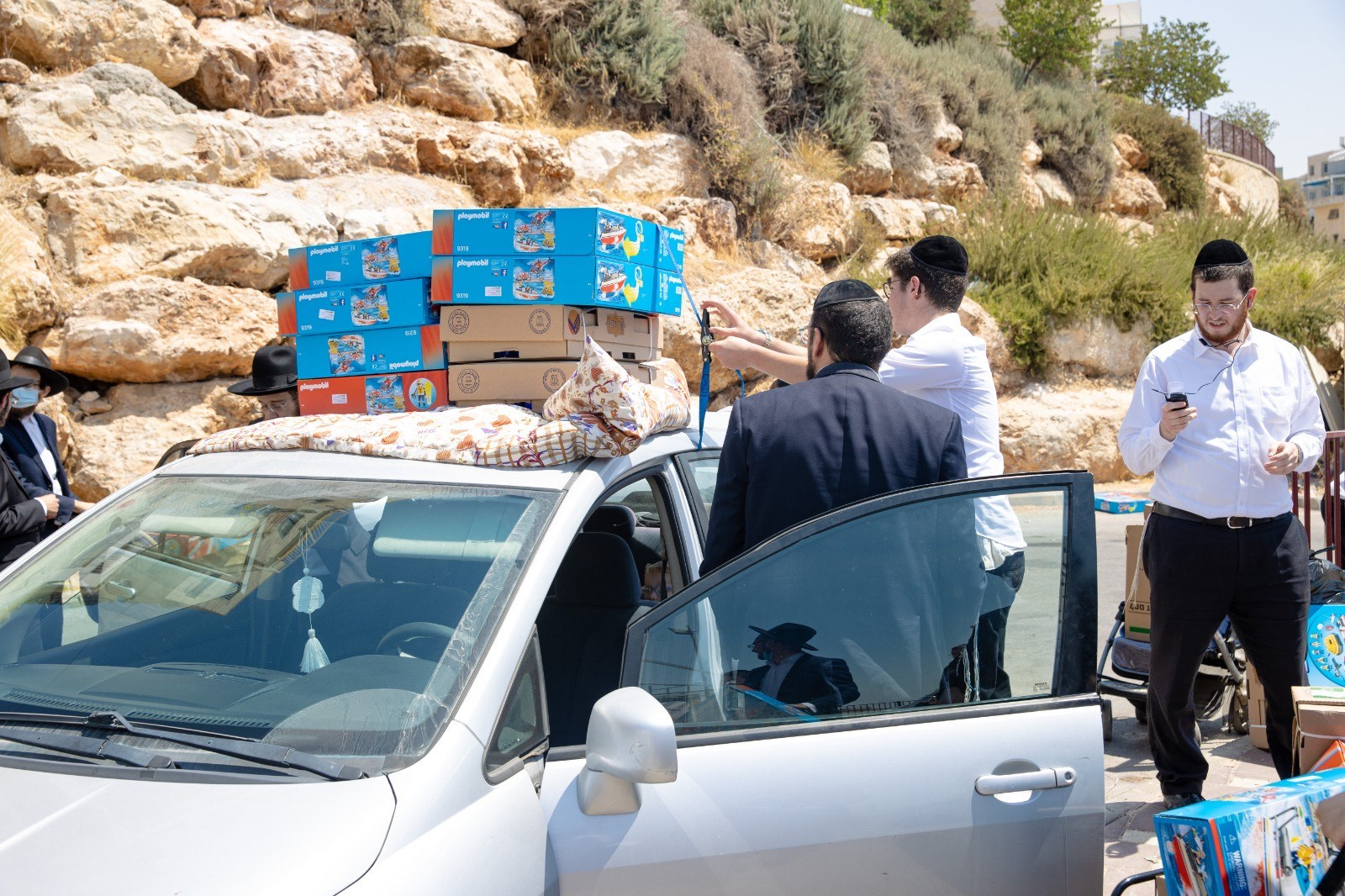 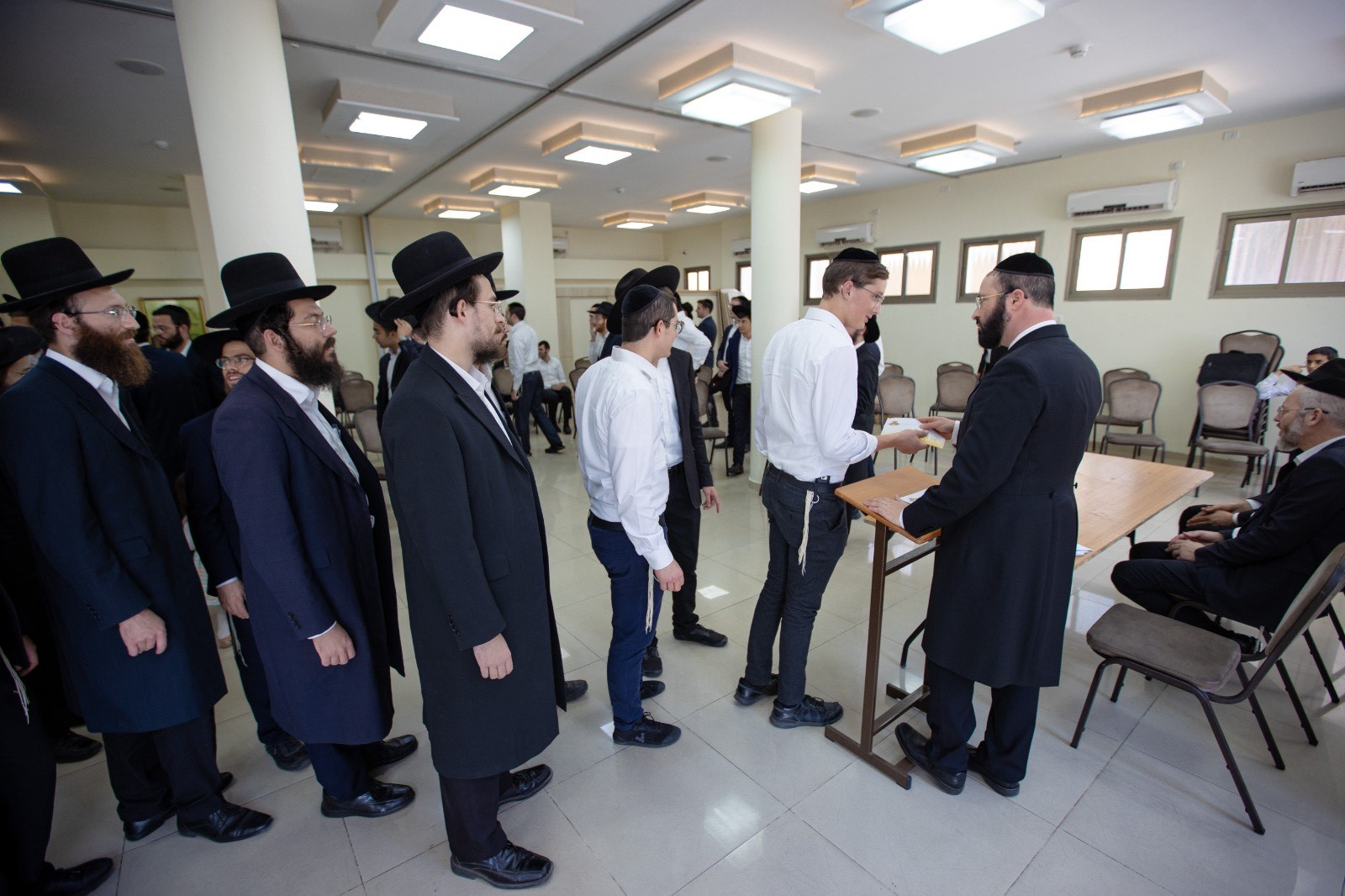 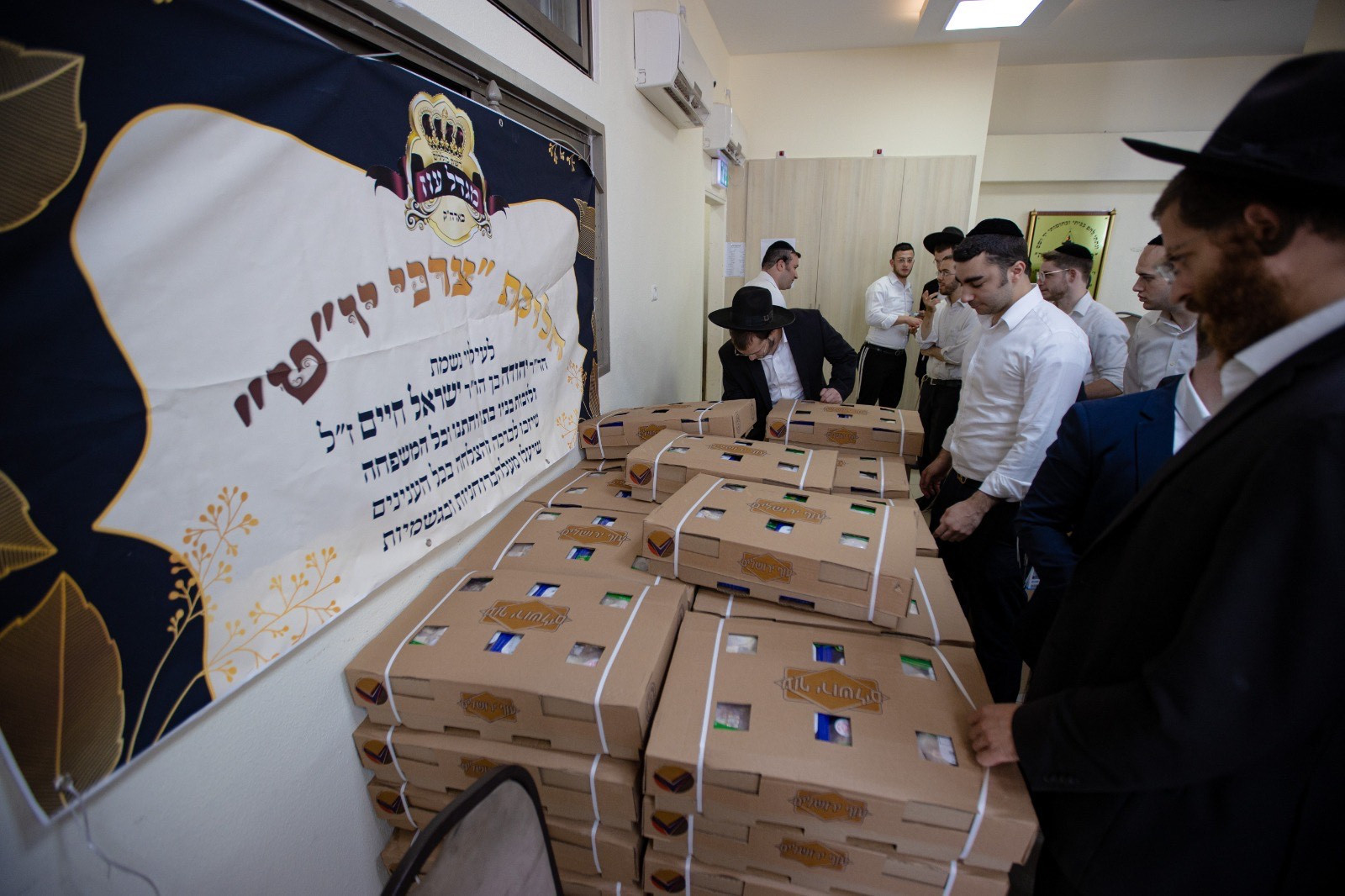 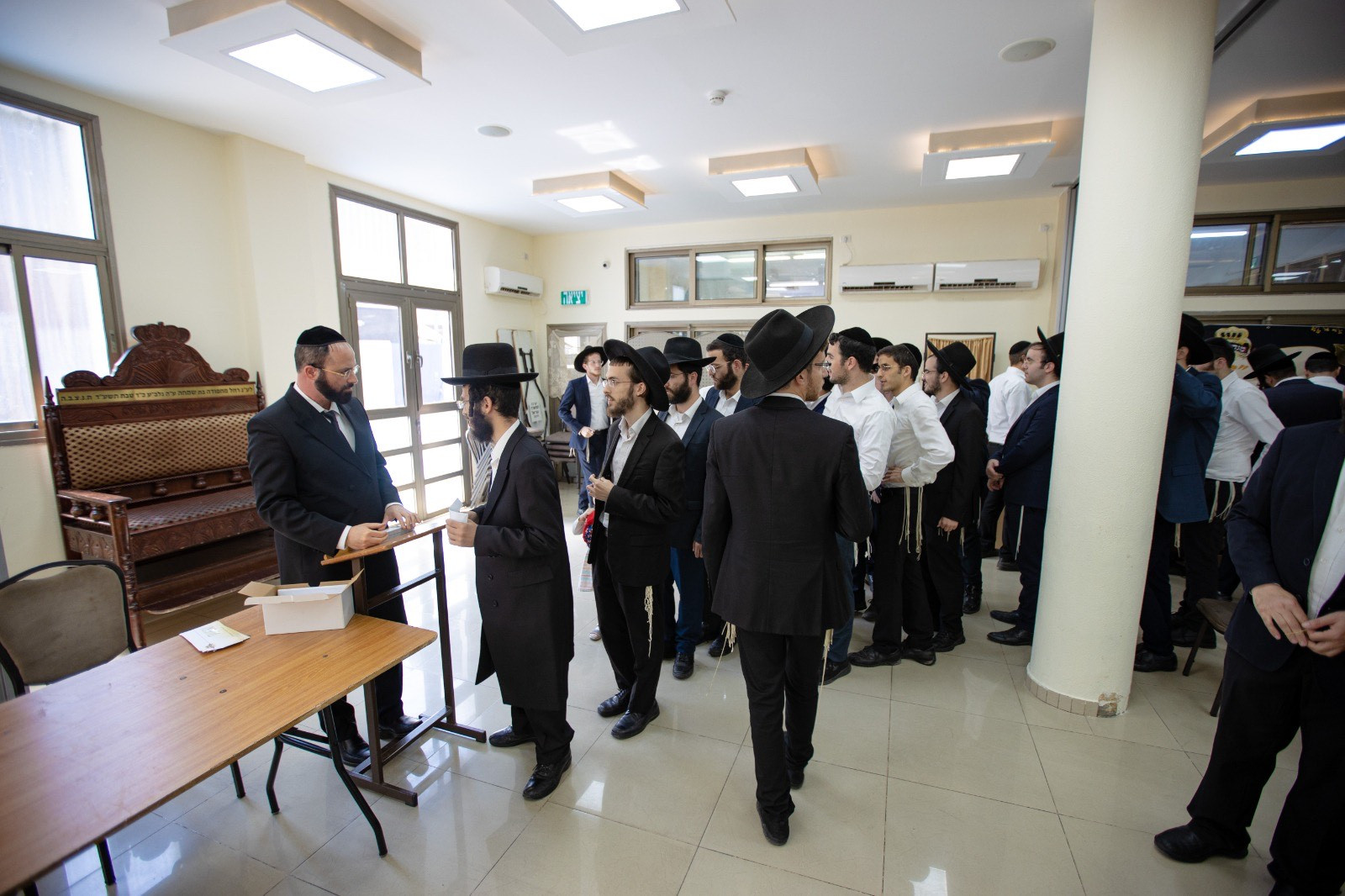 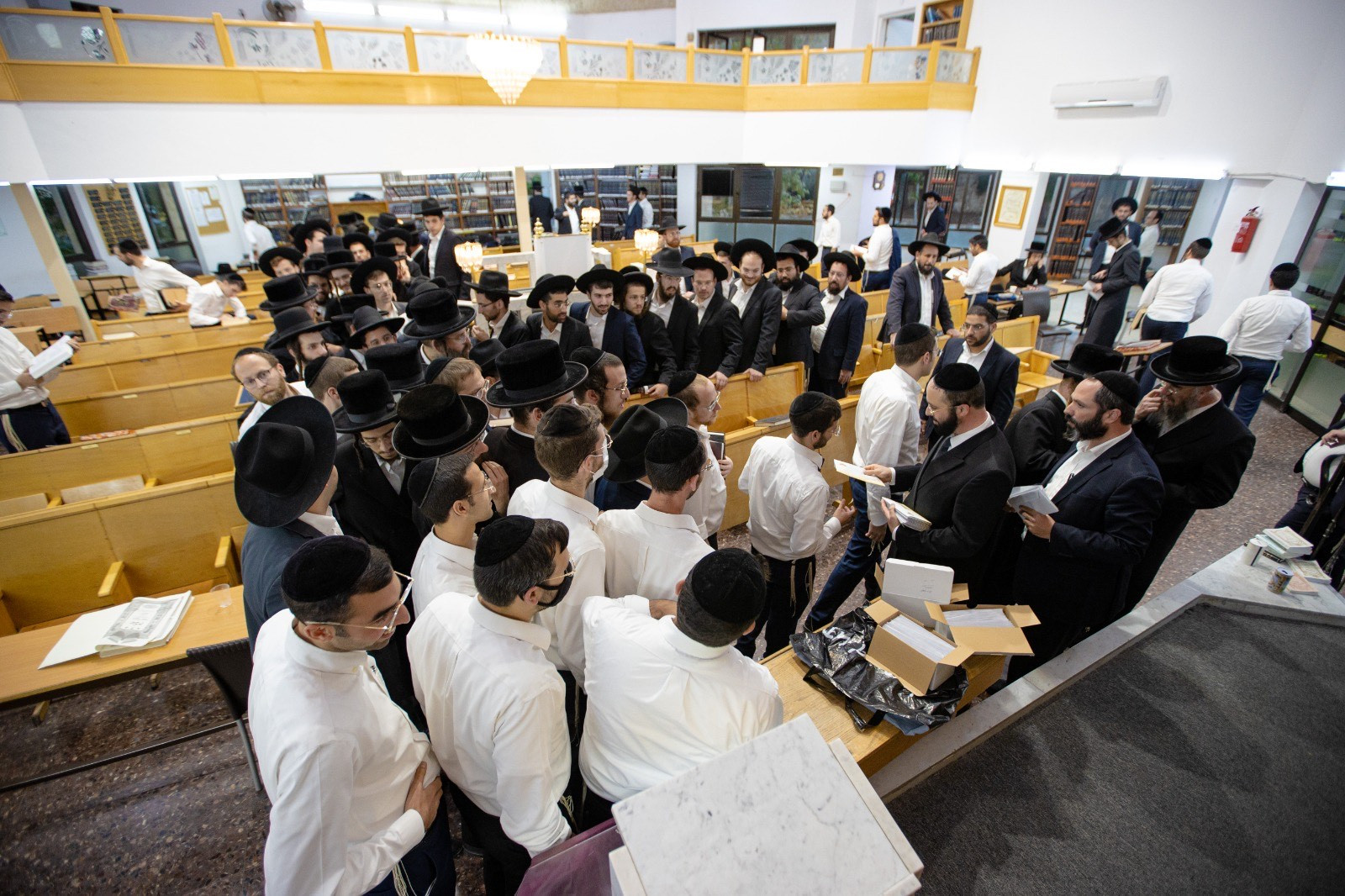 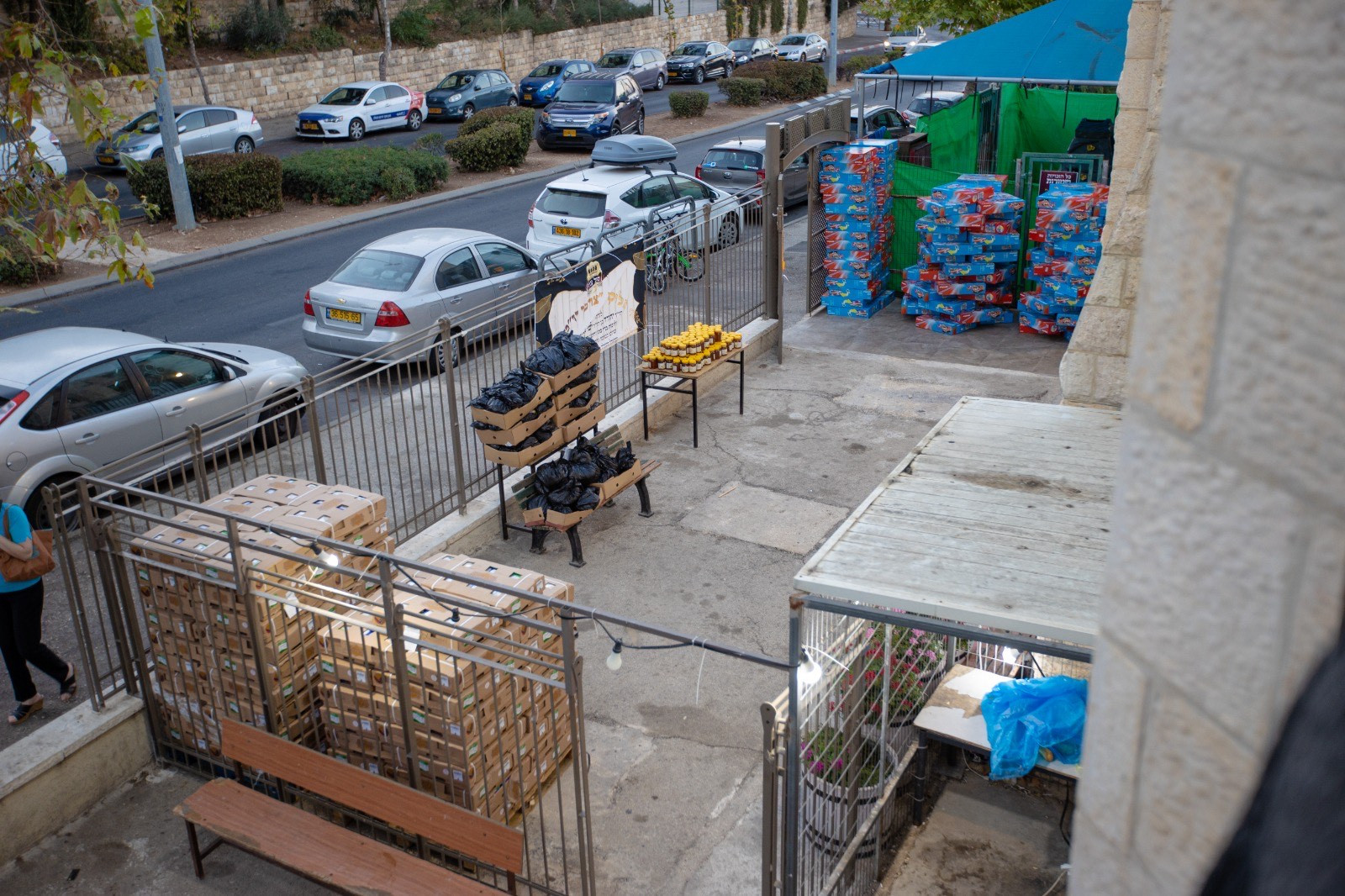 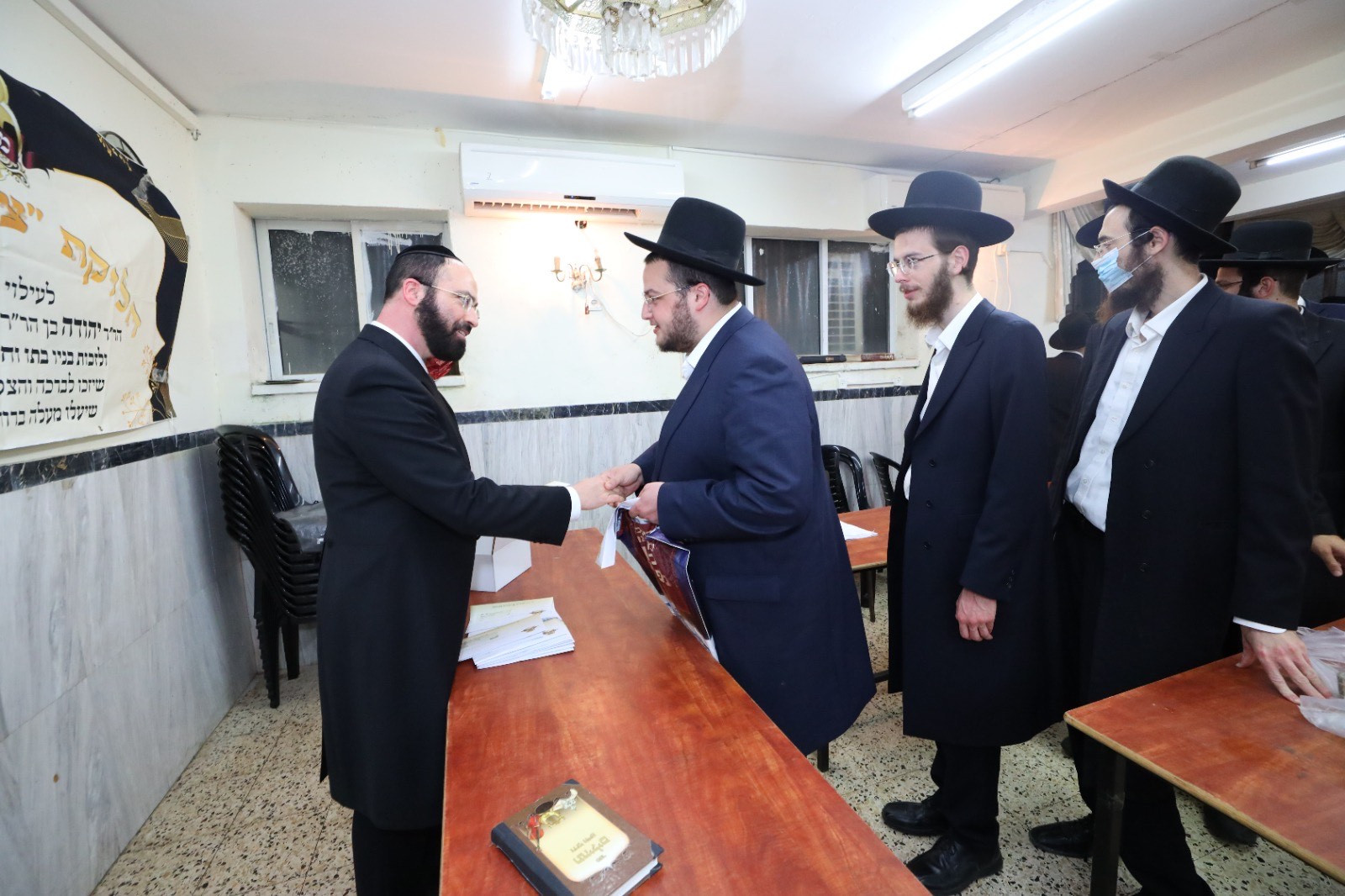 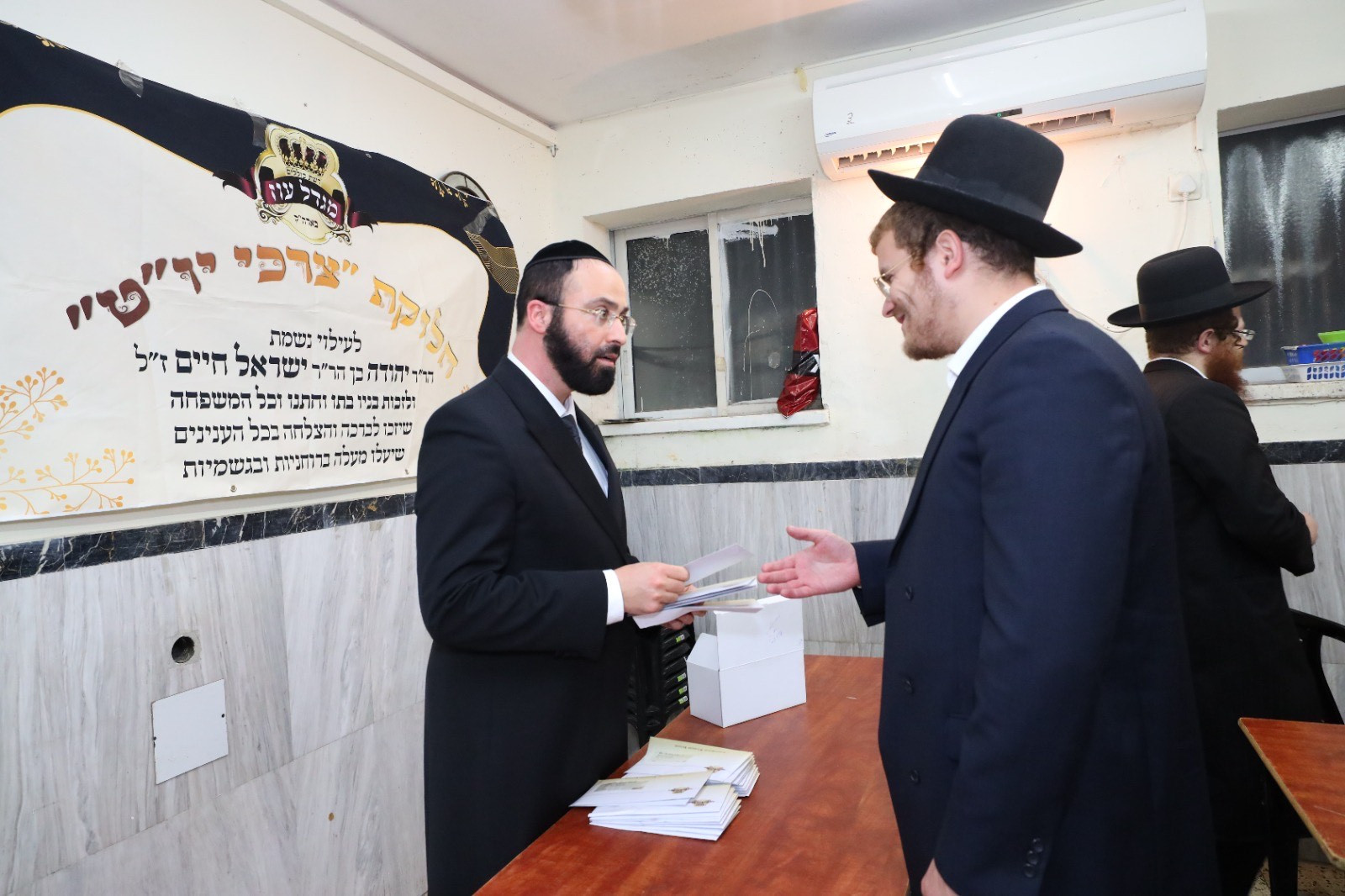 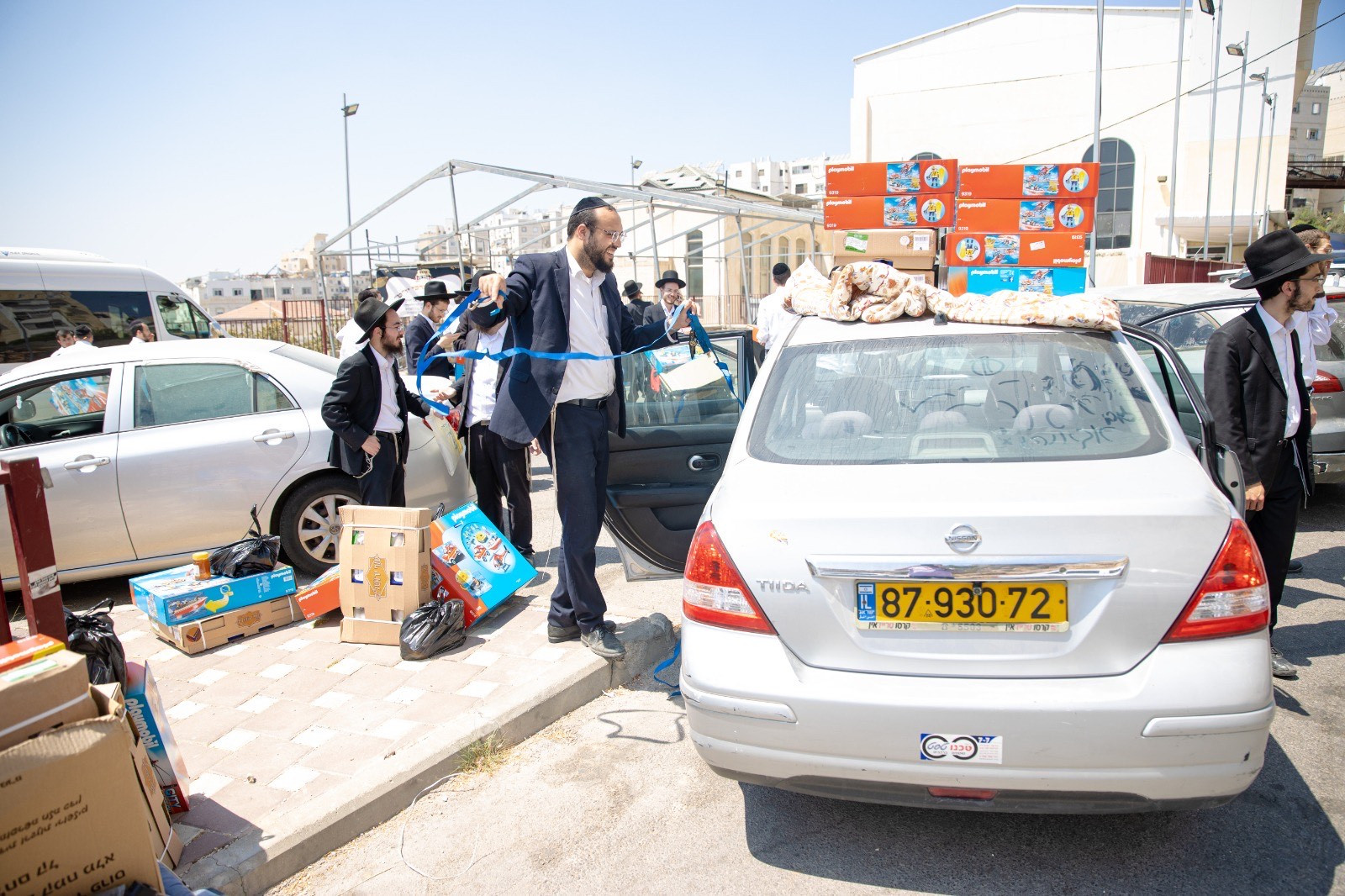 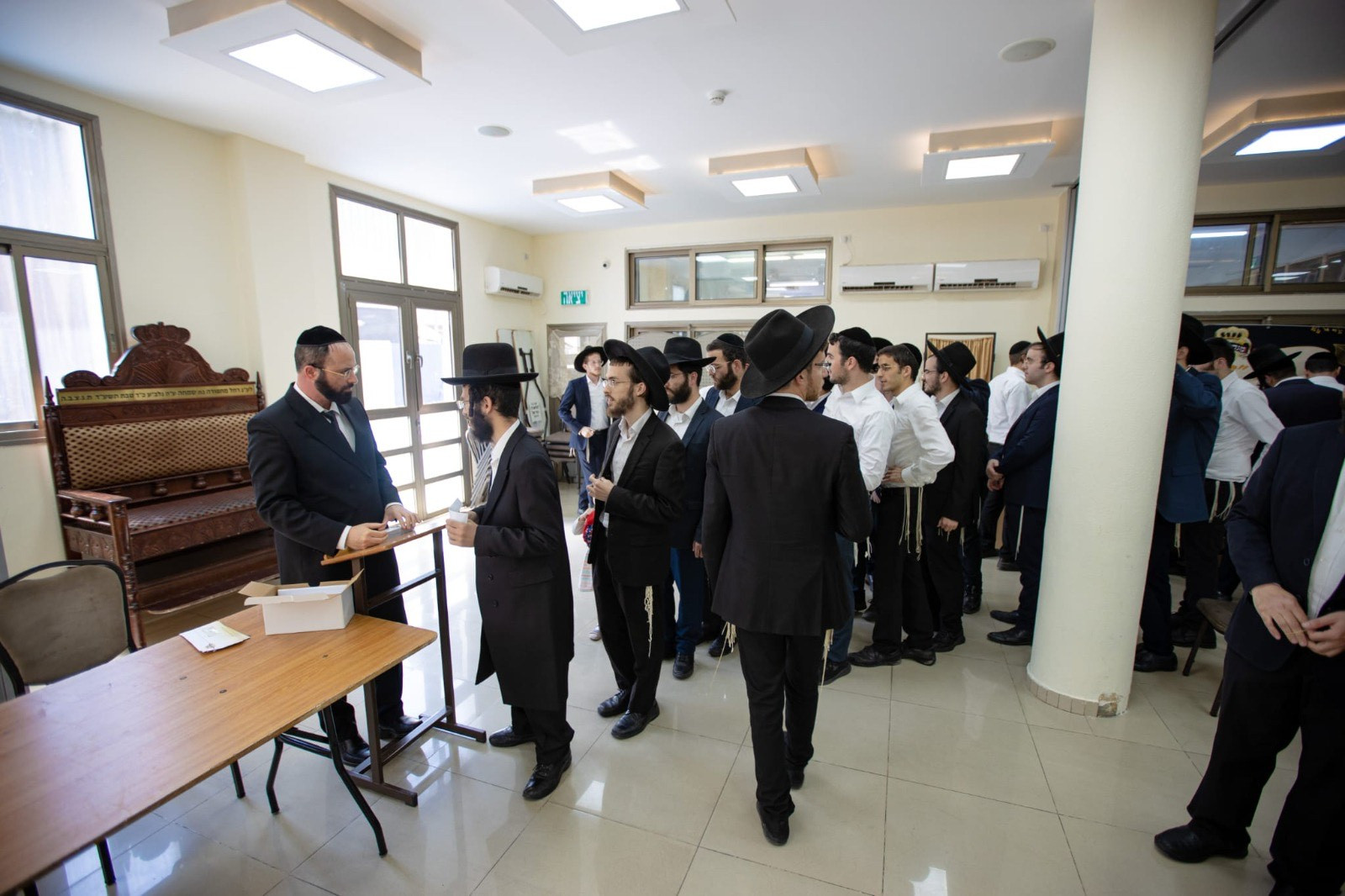 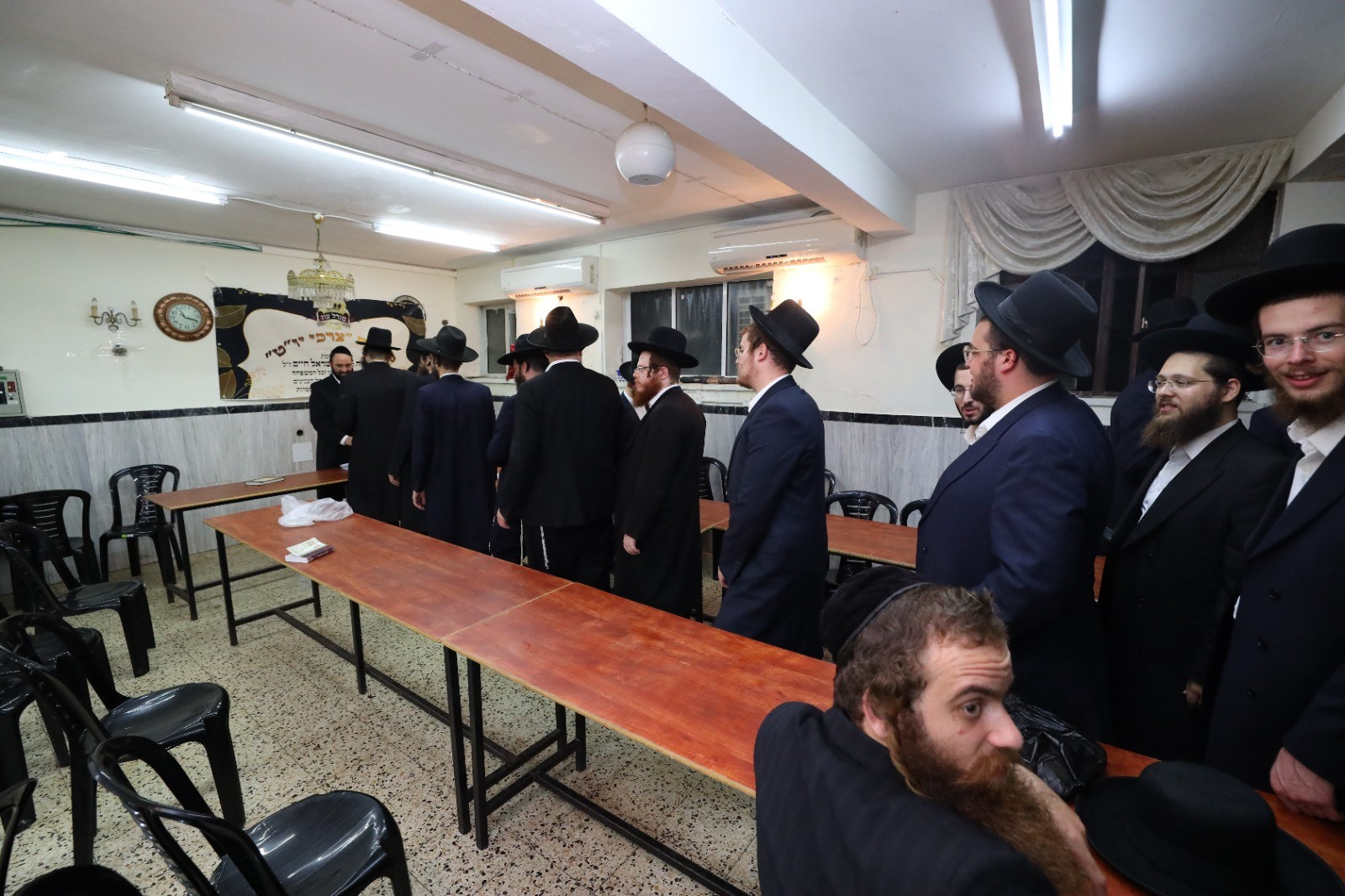 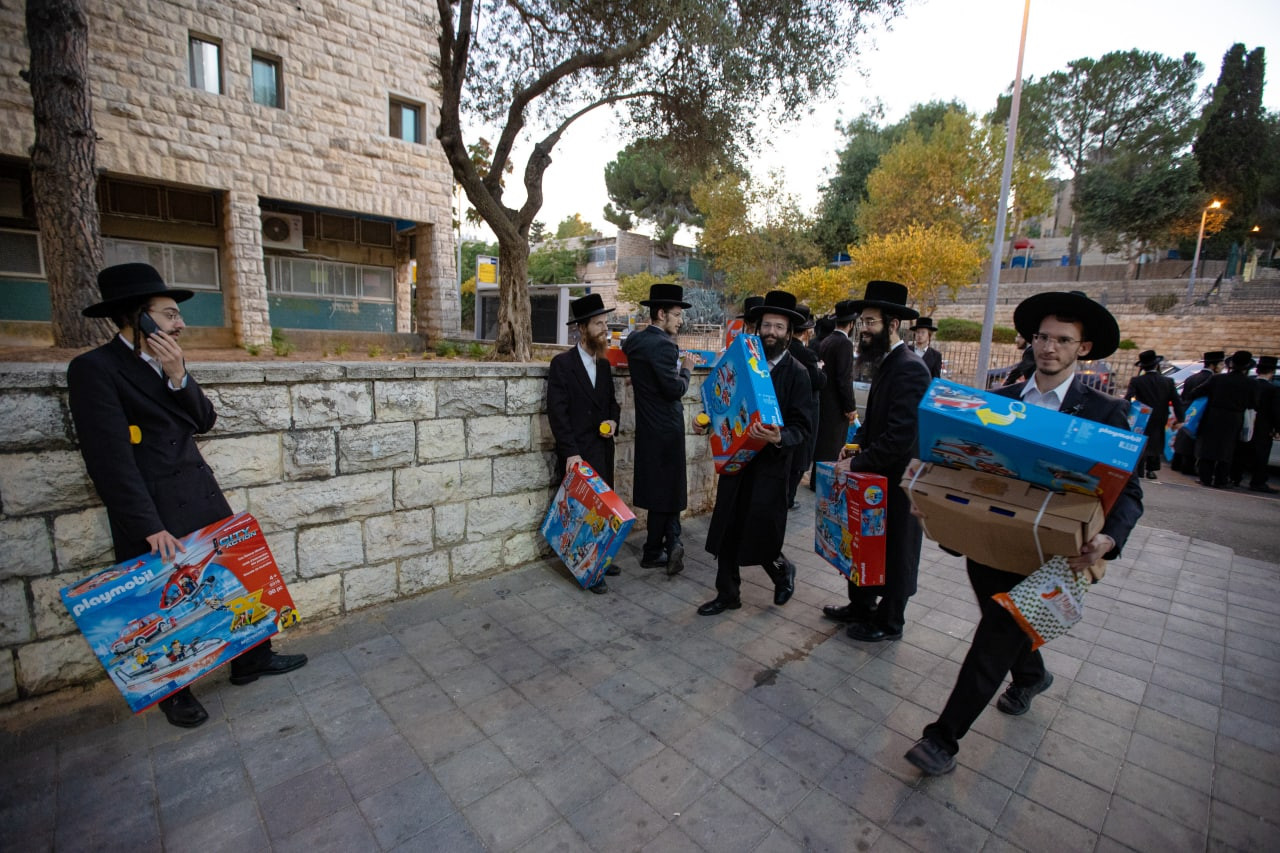 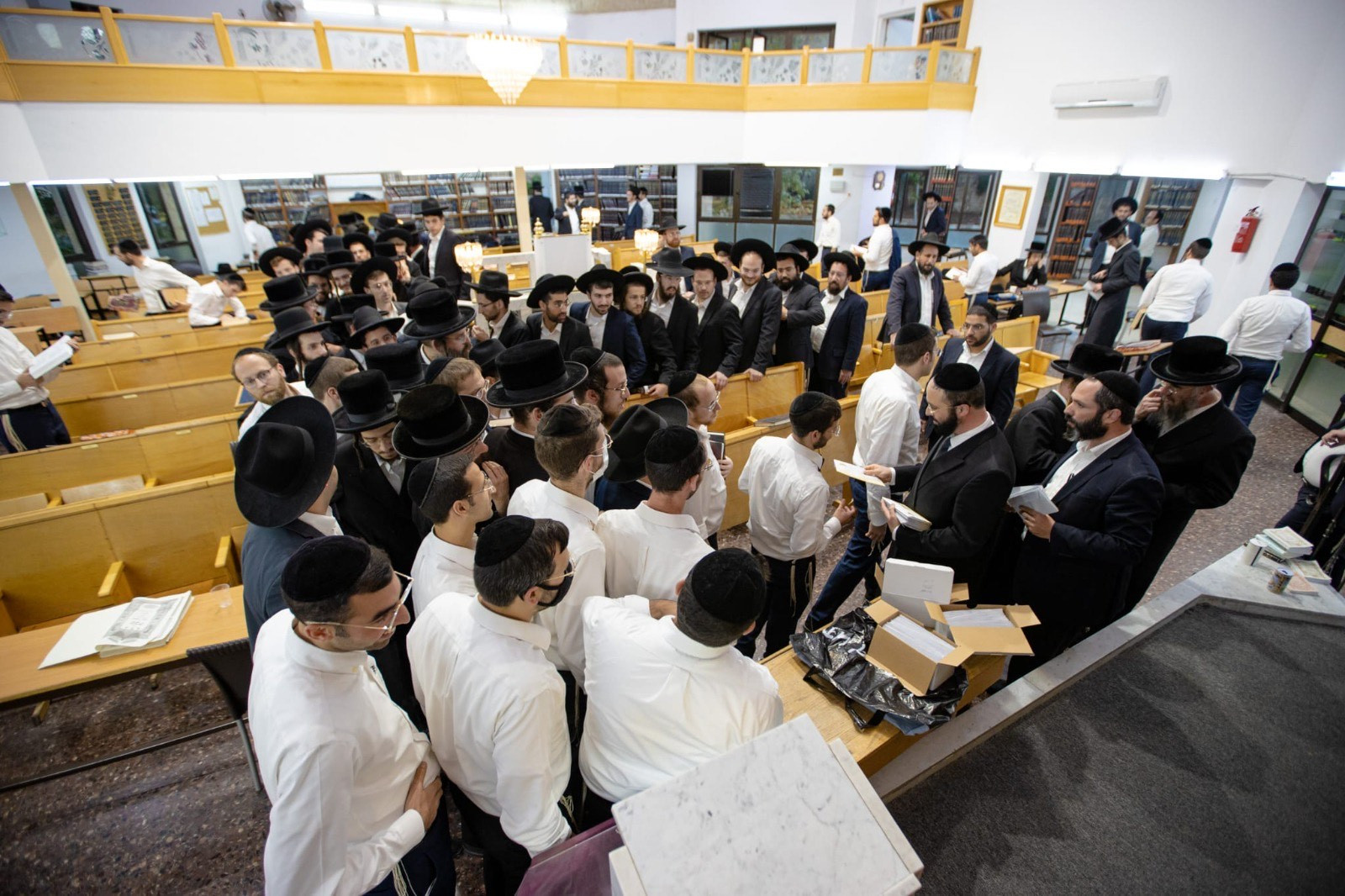 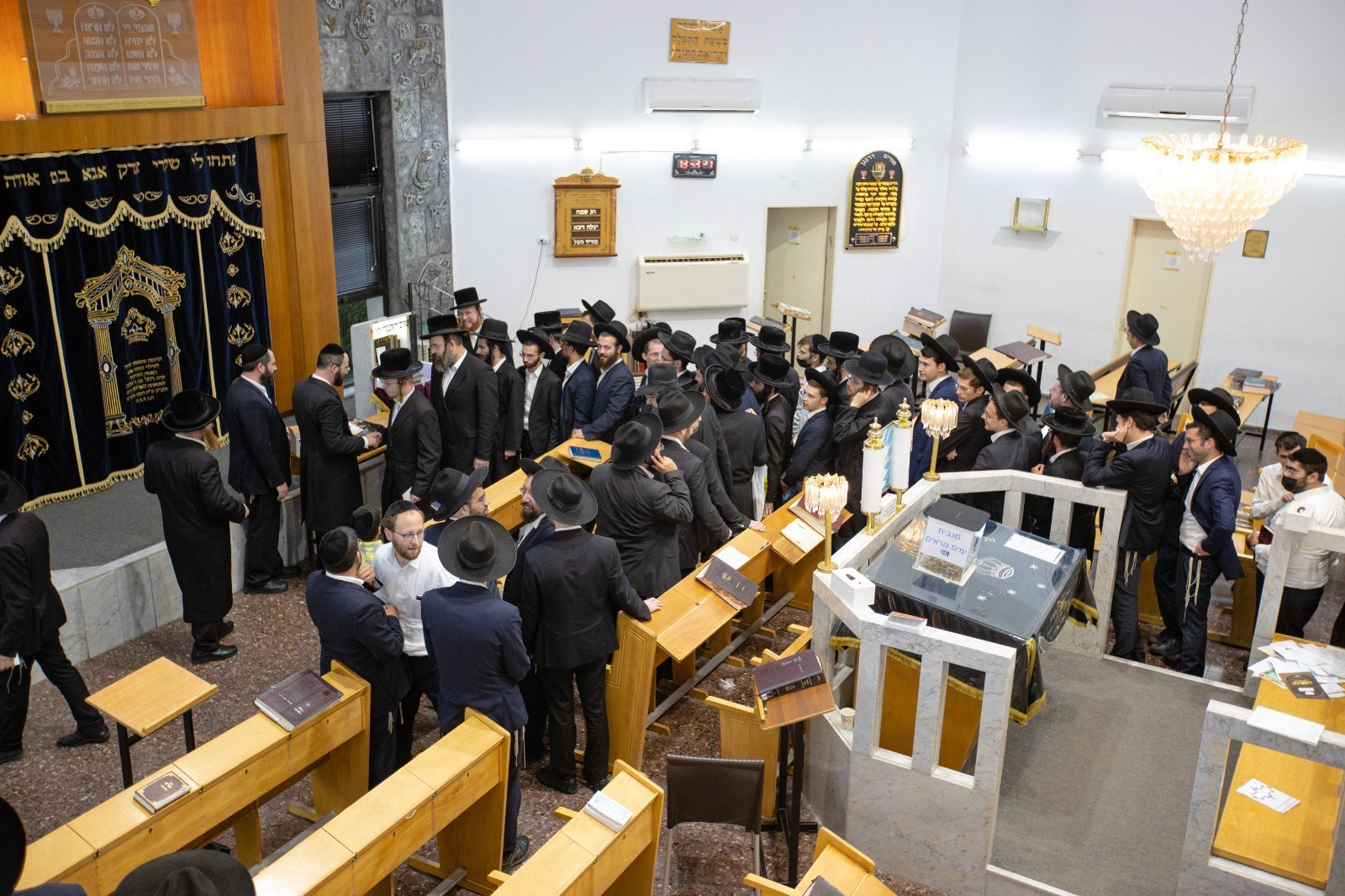 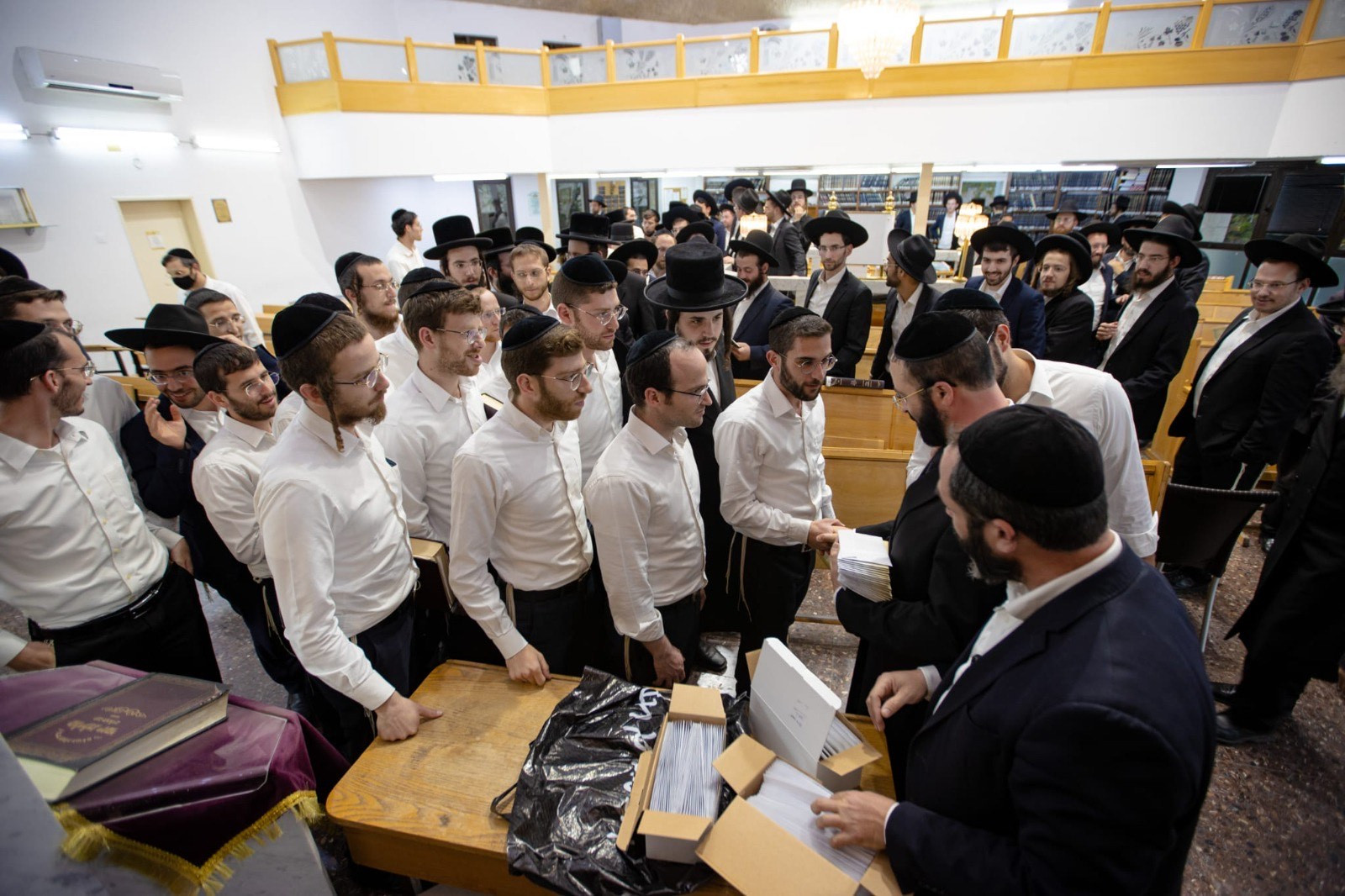 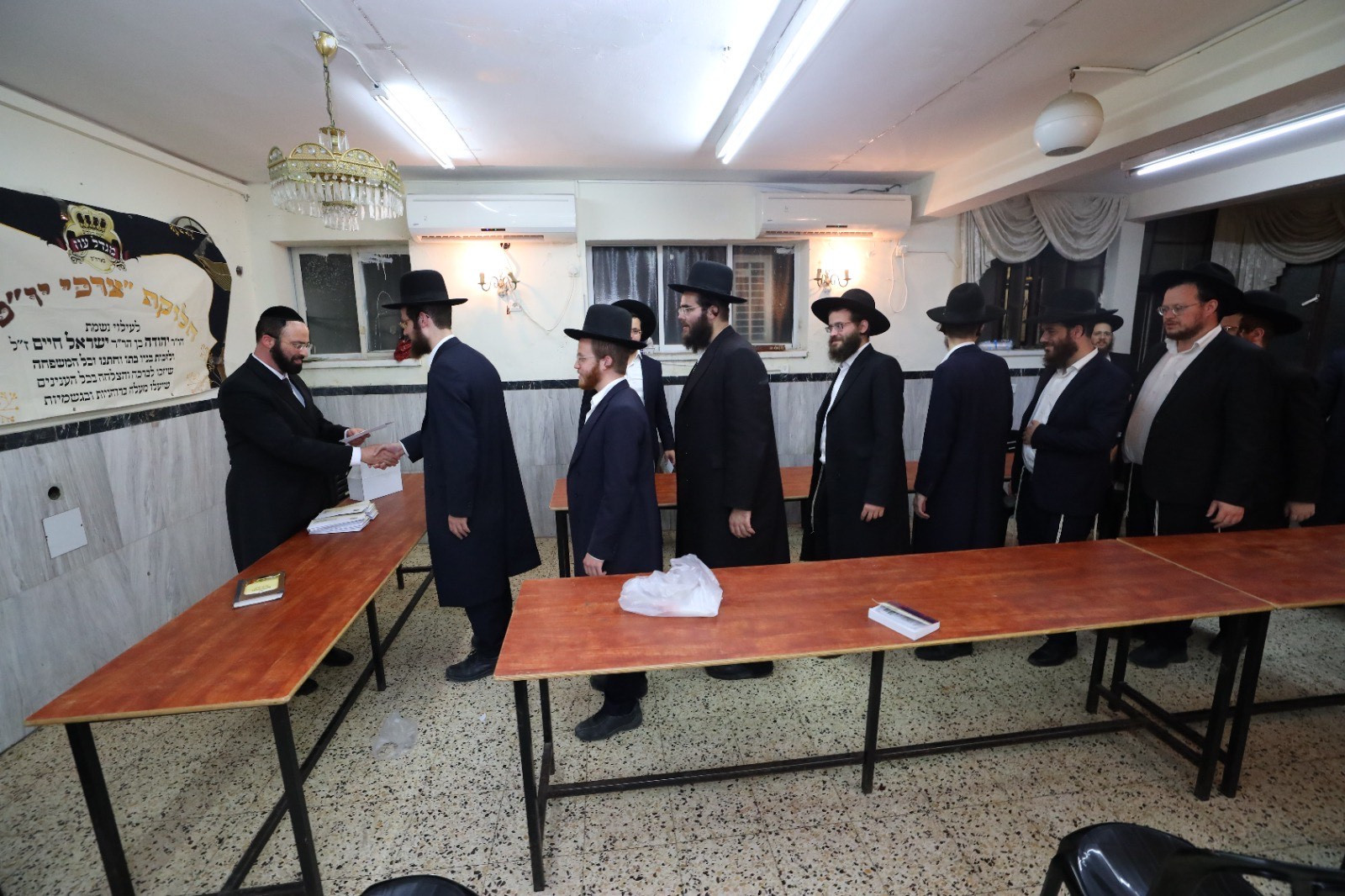 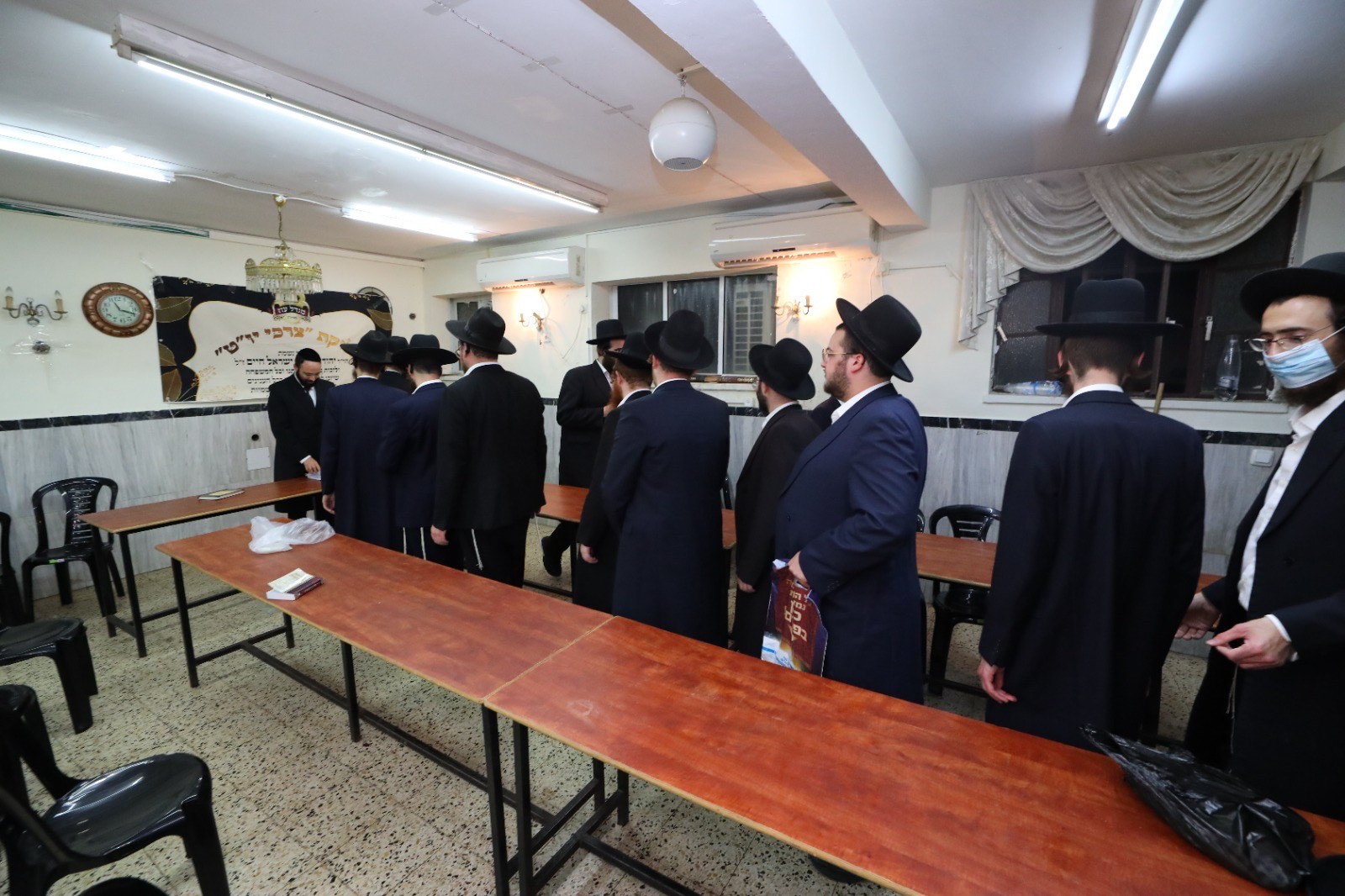 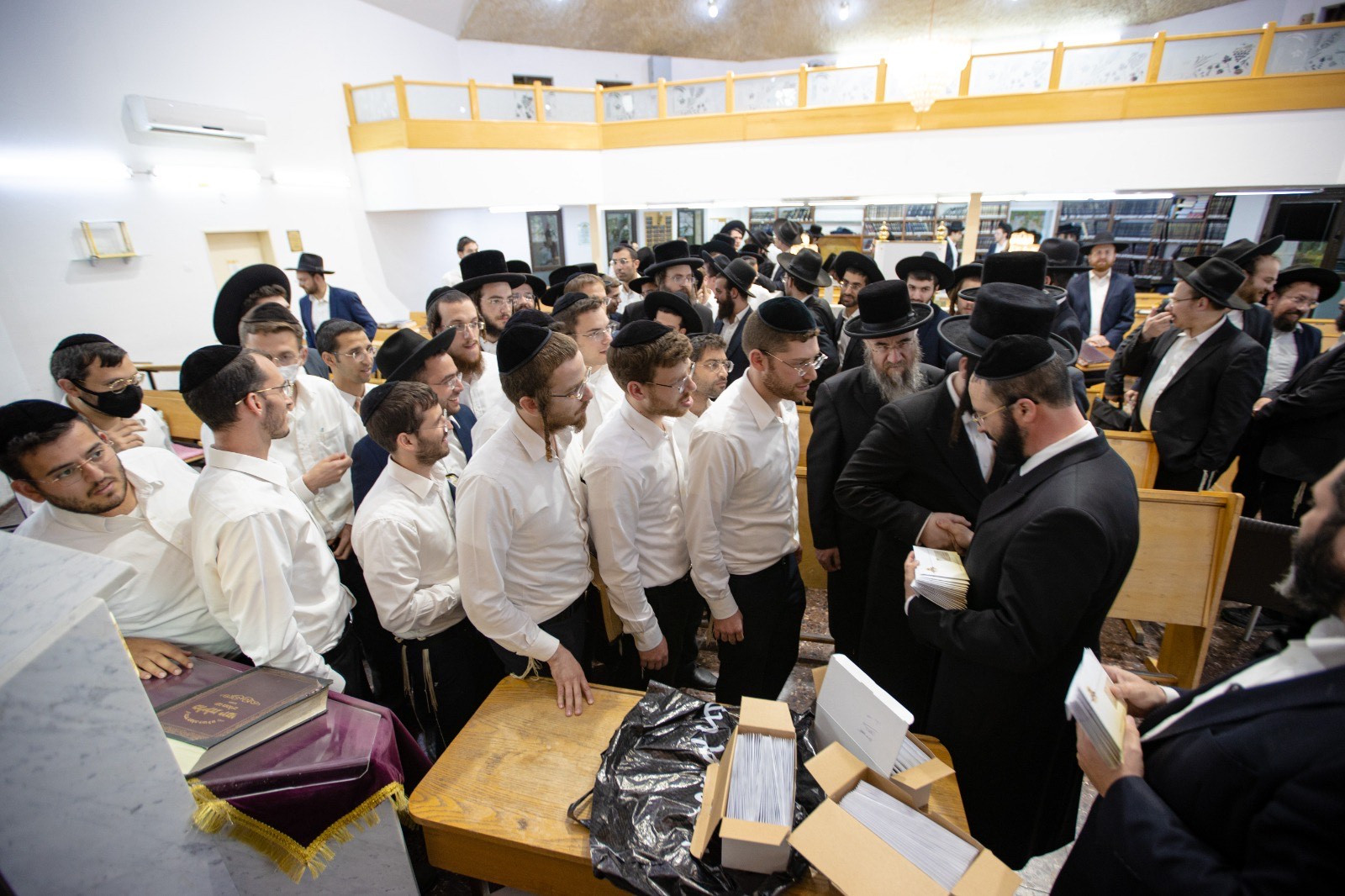