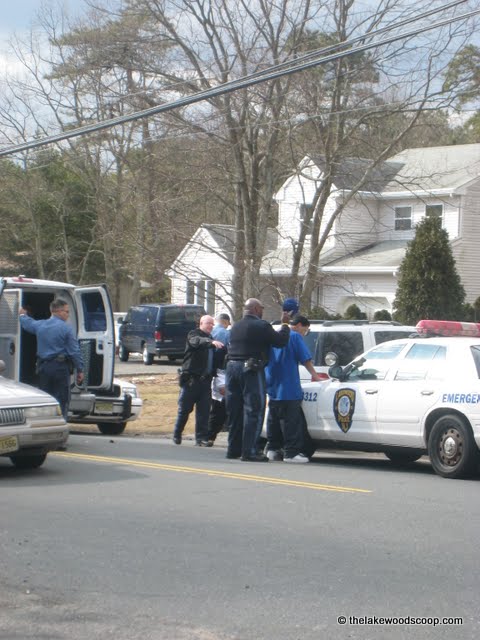 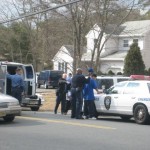 TLS EXCLUSIVE VIDEO & PHOTOS: 12 were arrested and 30 children were sent back to school this afternoon, after Police busted an illegal party, TLS has learned. At approximately 12: 15 p.m. this afternoon, a School Resource Officer was alerted about a party taking place on Albert Drive, off of Pine Street. When the Officer arrived,

backup was immediately requested after children and adults were found illegally consuming alcohol and possibly involving other illegal activities. Over a dozen Officers and Detectives responded to the home. Upon seeing the Police, several attempted to conceal themselves in the attic-which Police realized when one of them fell through the ceiling. 10 of the 12 adults arrested are ages 18-20 and are being charged with illegal consumption. The other 2 arrested, ages 25, are being charged with endangering the welfare of minors, Detective Lt. William Addison told TLS. Those arrested can be seen being patted down and placed in a waiting Police vehicle.