Can Philly or a New York Team Win the Super Bowl?

Eagles fans are already getting excited

Here in Lakewood, most football fans support the Eagles – with some New York-leaning citizens going for the Jets or the Giants. It is probably fair to say that none of them have been particularly happy in recent years. The Eagles may have won the Super Bowl in 2017 but there hasn’t been much to celebrate since then.

But this season has been pretty good so far. If you talk about online betting California football fans might be backing a Rams repeat. But something is happening on the east coast this year. It may be early on in the season but going into week five, none of the Eagles, Jets or Giants had a losing record. That in itself is something of an anomaly. But can our local teams keep up their good form and go all the way to the Super Bowl this year?

At the time of writing, The Philadelphia Eagles were the only undefeated team in the whole of the NFL. Thanks to great leadership from Jalen Hurts, Philly has not looked troubled so far and has gotten its fans getting excited about another deep run into the playoffs – and maybe even the Super Bowl.

The Eagles defense is one of the best in the league and now the offense is stepping up as well. The running game is there, but Hurts has been blessed with some really good receivers this year. So Philly has an offense that can hurt opponents in a number of ways and a defense that doesn’t give up points easily.

After the last few years of postseason appearances, most football fans could have foreseen the Eagles doing well this year (if not quite as well as they have). But the New York Giants have surprised everyone with their own 3-1 start. That has forced the fans to wonder whether there is a chance of glory this season.

But the Giants have a few problems to contend with before anyone gets carried away. First of all, they are in the same division as the Eagles – who have looked much better this year. The schedule has also been kind to New York. Let’s come back in a few weeks to see whether there is still a winning record in Rutherford.

The other team at the MetLife Stadium looks like having a better chance of that winning record, it must be said. The Jets have the worse record of three going into week five. But there seems to be more hope of the season turning out well for the New York team in green.

Second season coach Robert Saleh is beginning to get his roster to gel this year – and has the benefit of a great NFL Draft in April. If everything clicks together, he could be watching Zach Wilson develop into the player the Jets want him to be – especially with his new group of receivers. 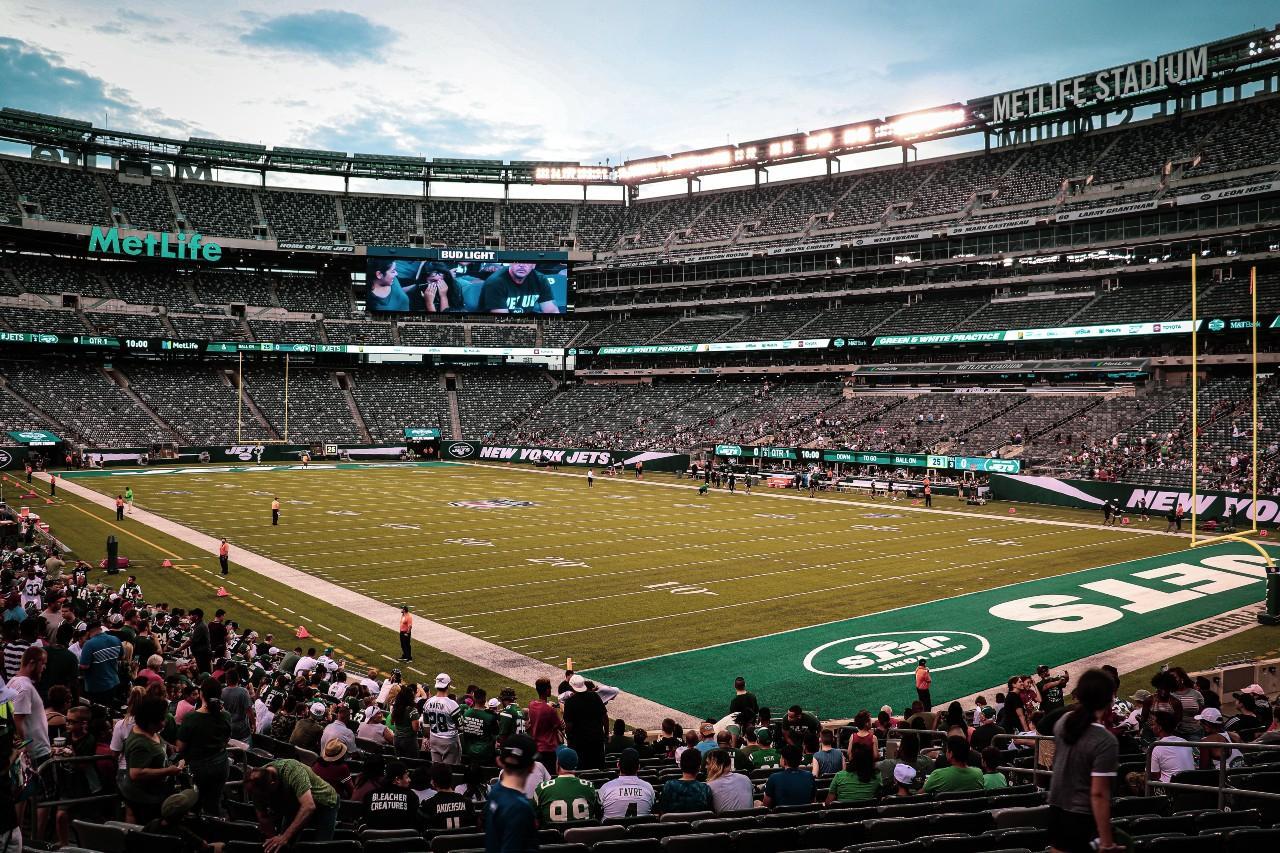 As we have mentioned, the Eagles are looking good at the moment. But much of the excitement about the prospect of playoff action comes from looking at their schedule. Being able to play against a notoriously weak NFC East gives the Birds a head start – but the rest of the games coming up also look winnable.

If the Eagles keep near to the current level of form they should be a definite playoff team. But the jury is still out on the Jets and the Giants. The blue side of New York is already waiting for the inevitable downturn – and the Jets have a tough division to contend with.

It is questionable at this point whether the Jets or the Giants will even make it to the postseason. So thinking either can win the Super Bowl this year is just delusional. But the Eagles have more of a chance. This is a team that is looking very good and should make the playoffs without too much trouble.

Before the season began it was the Bills, Chiefs and Bucs that were favored to go all the way and win Super Bowl LVII. The AFC teams, in particular, are still looking very strong. But if the regular season continues this way for the Eagles, they may get into a winning groove that could take them all the way.