for a man who reportedly attempted to run over a Toms River Police Officer – after which shots were fired.

The suspect, described as a black male with a grey hooded sweatshirt, may be headed into Lakewood.

The suspect, reportedly known to police, may be in possession of a handgun.

UPDATE: Multiple police officers with guns drawn stopped a vehicle on Healthcare Way in Lakewood believed to be carrying the suspect. It turns out it was not the suspect.

It’s unknown at this time if the suspect is in a vehicle or on foot.

Details of the police-involved shooting are still sketchy. We will bring you all further details as the story develops.

Preliminary investigation indicates that Toms River Police officers were on foot approaching a vehicle that was suspected of being involved in drug activity within the residential neighborhood. The driver attempted to run a police officer over with his car at which time the officer discharged his service weapon. The driver fled the vehicle on foot. 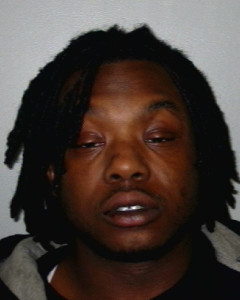 The suspect that fled the scene is identified as Shamar Kerr, age 24, of Jackson New Jersey. He is described as 5’5” 165 pounds with braided hair. He was last seen wearing navy blue pants, and a grey zip up hoodie sweatshirt.

He has been charged with Attempted Murder, Eluding Police, and Possession of a Controlled Dangerous Substance with the Intent to Distribute. An arrest warrant has been issued and bail has been set at $500,000.

Anyone who has any information about Kerr’s whereabouts is asked to call 911. The public is asked not to approach Kerr. A photograph of Shamar Kerr is attached. The investigation is continuing.