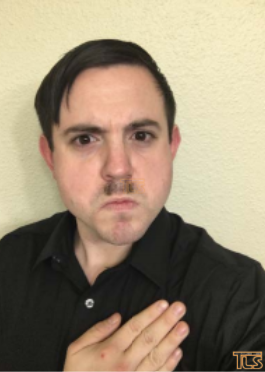 A New Jersey man with alleged Nazi sympathies who stormed the U.S. Capitol on Jan. 6, 2021, was found guilty by a jury this afternoon on all 5 counts.

Speaking after the jury returned their decision, Judge Trevor McFadden said that he found the defendant’s  claim that he didn’t know Congress met at the Capitol “highly dubious.”

“I know this sounds idiotic, but I’m from New Jersey,” Timothy Hale-Cusanelli, a Colts Neck resident, told jurors on Thursday. “In all my studies, I didn’t know there was an actual building that was called the ‘Capitol.’ It’s embarrassing and idiotic.”

Hale-Cusanelli worked as a contractor at the Navy Weapons Station Earle in Monmouth County before being arrested.

In the criminal complaint filed against Hale-Cusanelli last year, prosecutors said that he bragged to an informant about his participation in the riot, and additionally took video of himself inside the building. The complaint states that Hale-Cusanelli is an “avowed white supremacist and Nazi sympathizer who posts video opinion statements on YouTube proffering extreme political opinions and viewpoints.”

According to reports, one former colleague of Hale-Cusanelli told investigators he recalled the suspect telling him that if he was a Nazi “he would kill all the Jews and eat them for breakfast.”

While most of Hale-Cusanelli’s videos have been removed from major platforms, TLS staff viewed a video posted by the individual in April of this year in which he rails against and spews anti-Semitic conspiracy theories and statements against Lakewood’s Orthodox Jews. The contents of the video, being vile and repugnant, will not be shared on this platform.

Sources have also told TLS that Hale-Cusanelli was a regular poster on Jackson Strong and Rise Up Ocean County, both anti-Semitic groups, with RUOC having been targeted by Governor Phil Murphy and former Attorney General Gurbir Grewal for the hate spewed by its members. TLS has not yet been able to independently verify this claim.

TLS also previously reported that Hale-Cusanelli made donations to CUPON, an organization devoted to making it difficult for Orthodox Jews to move into new towns, and that one of its leaders, Elenor Hannum, has not returned his donation, choosing rather to hide his identity on the online fundraising page.

The jury had not been shown many of the anti-Semitic comments made by Hale-Cusanelli because Judge McFadden had earlier ruled that including such comments during the trial would be prejudicial.

Hale-Cusanelli will be sentenced on September 16th.