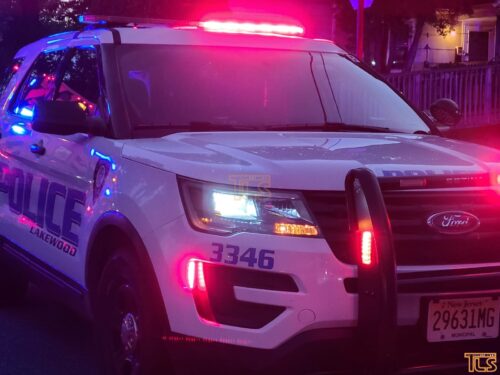 The Lakewood Police Department has arrested two men believed to be connected to at least 17 residential burglaries since July 2021.

During the two-month investigation, assisted by the Ocean County Sheriff’s Department and the Lakewood Civilian Safety Watch (LCSW), detectives have tirelessly followed up on numerous leads and employed a host of investigative techniques and strategies to try and identify those responsible and predict the next targeted location.

Earlier this morning, detectives assigned to the Street Crimes Unit positioned themselves in the area of Cabernet Drive and Merlot Court. A short time later, they observed three males dressed in black clothing and wearing masks and gloves. As the males approached, Detectives Kevin Donnelly, Matthew Richardson and Austin Letts recognized that these unidentified men matched the description of the suspects developed while investigating previous burglaries.

It is believed that the suspects may have noticed the detectives and abruptly changed their direction of travel and began walking between neighboring homes. In response, the detectives repositioned themselves and a short time later the suspects, unknowingly, were headed towards the plainclothes officers again.

However, as the suspects got closer, they fled the on foot in multiple directions causing the detectives to give chase. After a brief foot pursuit, one of the men, identified as 28-year-old Kayvon Tinnery of Brick, was apprehended without incident while the other two suspects continued to evade law enforcement.

Det. Patrick Kearns, along with other officers assigned to the detail began checking the outlying areas. While doing so, he located a vehicle determined to be used by the suspects on Cross Street. The vehicle, a white Volkswagen Passat, was subsequently seized pending the execution of a search warrant for further evidence related to recent burglaries.

At approximately 7:00 am, Detective Matthew Richardson observed one of the remaining two suspects, identified as 29-year-old Kenneth Oliver Jr of Keansburg, near Zinfandel Road. Oliver Jr. was believed to be trying to make his way back to their getaway car. As Detective Richardson attempted to apprehend him, he again fled on foot but was ultimately apprehended a short time later.

As a result of the above, Kayvon Tinnery and Kenneth Oliver Jr. were both charged with Conspiracy to Commit Burglary, Obstruction of Justice and Resisting Arrest by Flight. they were subsequently transported to the Ocean County Jail.

“At the time of this release, the third suspect is still at large,” Detective Captain Greg Staffordsmith said. “However, this investigation is very much active, and we anticipate additional charges of burglary and burglary related offenses against all three men in the near future.”

“We would like to thank and extend our great appreciation to the Ocean County Sheriff’s Department as well as LCSW for their never-ending support and assistance.”