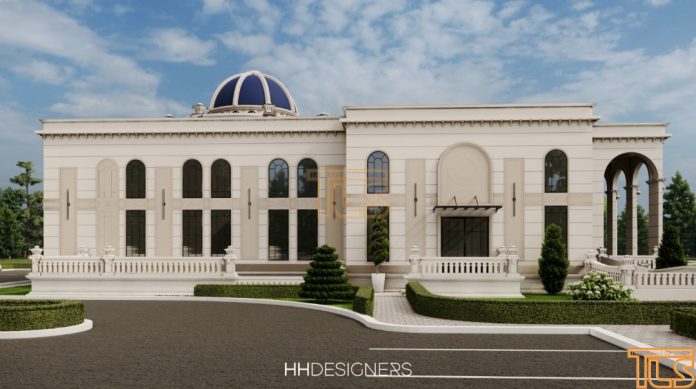 More than two-and-a-half years after its initial application to the New Jersey Pinelands Commission, and after its fourth appearance at the Jackson Zoning Board with countless hours of professional testimony that began on Leil Purim last year, the application triumphantly crossed its hurdle of obtaining variance relief.

A project long in the making, delayed in its queue by Covid and an overwhelmed agenda, has been granted use variance approval this evening, enabling it to proceed in seeking Pinelands Certification and the subsequent presentation of a formal Major Site Plan application in the coming months.

The property is located at the intersection of East Veteran’s Highway and Whitesville Road, and the shul will be under the leadership of Rabbi Mordechai Hirsch.

The Whitesville neighborhood has a growing Kehilla of Bnei Torah who will no doubt benefit from this milestone.

The property, purchased in 2016, is centrally located within the neighborhood and just steps away from Aviary Park, a new residential development where site work is underway.

“This is, Boruch Hashem, a big achievement that provides Chizzuk to the greater Jackson community,” said Rabbi Hirsch.

Interestingly, a team from HH Designers recently traveled to several European countries together with Rabbi Hirsch to visit many old Shuls, dating as far back as 1270, for design inspiration.

Heshy Hecht, principal at HH Designers commented, “We felt as though we were given the keys to a treasure chest of history and culture. We are still awestruck from the experience, and it will continue to influence our work on this project in every way imaginable.”

Initially, the application proposed to convert a small existing structure into a Shul, which would have been the first such approval in the Township. However, in consideration of the Board’s comments and the continued growth of the neighborhood, the plan was revised to construct a new Shul building.

The Shul’s application is represented by Donna Jennings, Esq., Vice President at the law firm of Wilentz, Goldman & Spitzer, whose expertise includes projects involving the Religious Land Use and Institutionalized Persons Act (RLUIPA), and who came armed tonight with a multi-page legal brief, analyzing numerous applicable case law, in response to some of the Board’s prior arguments. These efforts ultimately succeeded in alleviating the Board’s concerns, persuading them to reconsider their vote and eliminate the impediment to advance in the process.

The application was heard just last month, at which time the Board voted 4-3 in favor. However, because a House of Worship is a Conditional Use (in all but one zone in Jackson Township), it required a supermajority of five affirmative votes.

Immediately after concluding their vote, Ms. Jennings firmly declared, “See you in Court!”

As first reported on TLS, the Jackson Township Zoning Board scheduled tonight’s Special Hearing to reconsider the application in an effort to avoid litigation. No other applications were on the agenda.

Many area residents were in attendance at the multiple hearings to support the application, giving of their time on Purim, Chanukah, and again this evening.

At tonight’s Special Meeting, there was an overwhelming audience showing support for the greater community’s spiritual needs. The standing-room only crowd was reminiscent of high-profile proceedings, the kind Jackson Township has not hosted in several years. But given the circumstances, attendance was at maximum capacity.

A community activist explained, “We felt it was of utmost importance for the Zoning Board members and Township Council to recognize the significance this has on our community. This application will augment a far-reaching and substantial precedent for the growing Jewish community in Jackson; and its residents and religious leaders are grateful to Rabbi Hirsch for his forward thinking, and for the tremendous time and energy expended to reach this pivotal outcome.”

Rabbi Hirsch commented, “We are appreciative to the Zoning Board for their willingness to reconsider the application, and we are overjoyed by their decision. We look forward with excitement to be Meyased a Makom Torah U’Tefilah that will enhance the community.”