3 Former BOE Members Among 7 Filed to Run in Elections 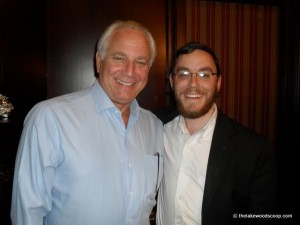 The candidates are seeking to fill three seats on the board. Up for reelection are Yisroel Friedman, and Tracy Tift. The third seat was vacated by Zecharia Greenspan, but is yet to be filled. Whoever fills the seat will only serve until the elections – when Greenspan’s term would have been up.

“The last few months have seen much chaos on the BOE. Although I don’t deny that there were chaotic times when I was there as well, ultimately we always increased services and programs while reducing the tax burden. This could have been done this year as well, but it wasn’t. Instead, we got reduced services in our mosdos, we lost numerous special education programs, we got a record high tax increase, and we had a close call with courtesy busing. All this could have been avoided if the Board would of kept up the working relationship with the Administration. Although I didn’t run last year due to personal constraints, I realize that something needs to be done before we go any further into the abyss. Although I myself cannot solve all the issues, together with the other sitting board members I strongly believe we can restore the relationship so that everyone in Lakewood can benefit once again from our District like we did in the past.‎”

Elections are in November. [TLS]