Booker on T-Mobile-Sprint Merger: Merger will have harmful and long-lasting effects on workers and consumers 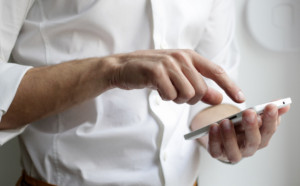 U.S. Senator Cory Booker (D-NJ), a member of the Senate Judiciary Committee, released the below statement following the Department of Justice’s approval of the T-Mobile-Sprint merger:

“This merger leaves consumers with fewer choices and reduces the field of competitors below an even minimally acceptable threshold. Our antitrust laws were designed to prevent exactly this type of arrangement and it’s alarming that the Department of Justice approved it based on nothing more than a host of grandiose promises from the parties that will be difficult to verify, let alone enforce. We have seen such promises made and broken before. This merger will have harmful and long-lasting effects on workers and consumers who will now likely pay higher prices for worse service with fewer offerings. In addition, I remain skeptical this merger was necessary to deliver its supposed benefits to consumers in rural communities, who lack access and endure unreliable wireless service.”

In May of this year, Booker joined a letter to the Department of Justice Assistant Attorney General Makan Delrahim sounding the alarm on reported attempts of political interference in the T-Mobile/Sprint merger investigations.

And in February, Booker joined a letter to the Department of Justice and the Federal Communications Commission urging the agencies to reject the proposed merger between T-Mobile and Sprint.