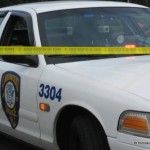 Legislation to ensure that family members are notified in a timely manner when a relative has been seriously injured in an accident continues advancing toward law. “It’s our belief that the law enforcement officer who responds to the accident scene, or is investigating the accident, is in a much better position to notify the victim’s next of kin in a timely manner than hospital staff,” said Assemblyman Nelson Albano Albano (Cape May/Atlantic/Cumberland), the sponsor of the bill, whose son Michael was killed in 2001 by a repeat drunk driver. “The goal here is to simply make sure that notification is done in as timely and proper way as possible for the benefit of both the victim and the family.”

The bill (A-1812), approved 75-0 by the Assembly in December 2010 and recently released by the Senate Law and Public Safety Committee, would require an officer investigating a motor vehicle accident to notify the next of kin of the whereabouts of an accident victim who has been transported to an emergency room when that victim is unconscious or otherwise unable to communicate this information.

The officer is required to make this notification as soon as possible.

“Even an hour or two can make all the difference to the family of a seriously injured victim,” Albano said. “The law enforcement officer who responds to the accident scene or is investigating the accident is in a better position than hospital staff to notify in a timely manner the next of kin of the victim’s whereabouts when the victim is unable to do so.”

Currently, notifying the next of kin when a person has been admitted to an emergency room as a result of a motor vehicle accident is usually done by hospital staff.

The bill now heads to the Senate for final legislative approval consideration on Thursday. TLS.